Dr. Todd Braje joins the Academy’s Institute for Biodiversity Science and Sustainability as the Irvine Chair of Anthropology 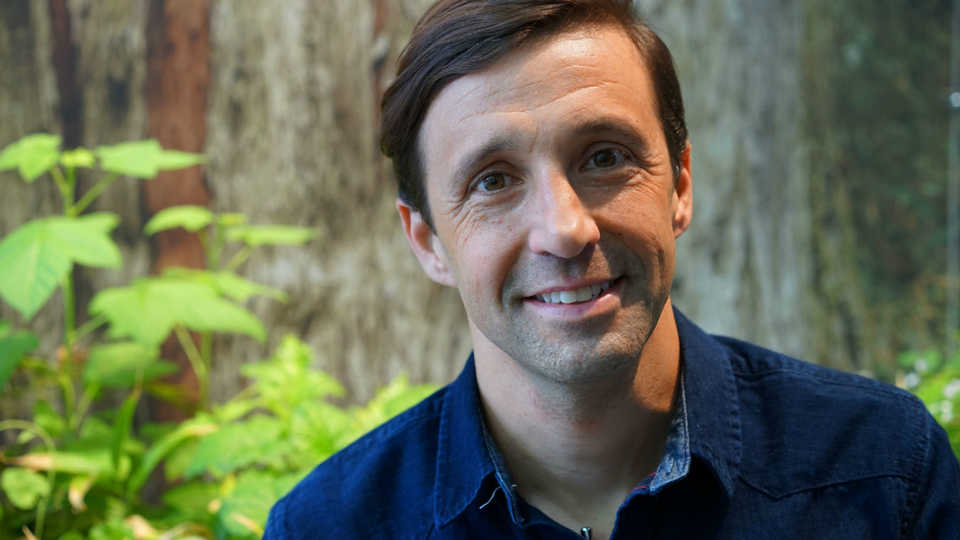 SAN FRANCISCO (September 11, 2018) — The California Academy of Sciences is proud to welcome a passionate steward of human history to its research ranks. This summer, Dr. Todd Braje joins the Academy’s Institute for Biodiversity Science and Sustainability as the Irvine Chair of Anthropology. Using archaeological sites as his guide, Braje interprets millennia of human interaction with marine and terrestrial ecosystems to establish historical baselines for coastal resource managers. In his new role, Braje will draw from the Academy’s collections to understand how coastal ecosystems—particularly those in California—are changing, how humans have shaped these environments, and how past interactions can inform future management.

“I find the Academy’s sustainability mission incredibly inspiring,” says Braje, most recently a professor at San Diego State University. “Although I study deep history, my goal is to carve a better path forward based on our understanding of past human-environment interactions.”

“Todd brings an invaluable perspective to the Academy,” says Dr. Shannon Bennett, Academy Chief of Science. “As an anthropologist, his ability to blend an historical perspective of human interactions with the environment is critical to how we understand our collective impact on the planet. Todd has a unique role that will touch many different collections, not just anthropology. He is painting a detailed picture of how human relationships with coastal resources are changing, particularly in California, and what we can do differently to ensure these environments persist into the future.”

Born and raised in Indiana, Braje eventually found his way to the sea. After graduating with a degree in anthropology, he followed a Peace Corps assignment to the Kingdom of Tonga, a Polynesian archipelago in the South Pacific. Here he drew inspiration from outside the walls of traditional academia, exploring Tonga’s vibrant communities by bike and foot.

“In Tonga, my homestay family taught me about their culture by taking me to ancestral sites. Ultimately this is what inspired me to pursue coastal archaeology and island historical ecology,” says Braje, who later earned master’s and doctorate degrees in anthropology.

But with each passing year, Braje’s chosen career path presents a growing challenge. “Every time I go to the field I see our human heritage eroding into the ocean, and very little being done to stop it,” he says. "Rising sea levels, accelerated by human-caused climate change, are exacerbating erosion and undercutting coastal sites. In one moment, we can have an entire archaeological site calve off into the ocean before anyone has dated or sampled it.”

As sites crumble and history washes out to sea, answers for how to manage the future are also vanishing. “We’re losing a critical toolkit in our fight to build future sustainable systems. Deep history tells us what the world once looked like before the dramatic impacts of modern day. Without this perspective, it’s difficult to know where we need to focus. Most of human history,” he adds, “is not written down.”

Braje recognizes the importance of his role: As a steward of coastal history, he collaborates with indigenous communities, ecologists, policymakers, and other local stakeholders to keep history alive by documenting oral traditions and studying archeological sites.

Though rising sea levels have inundated many once-dry regions along the coast, Braje isn’t deterred—he has simply moved his research underwater. He and his colleagues are scouring the ancient coastlines of central Oregon and the Channel Islands for submerged archaeological sites, conducting shipboard sonar surveys and probing the seabed for sediment cores. “It’s the world’s biggest dart board,” he says, “but cores extracted from the seabed can hold important historical artifacts from coastal populations that came before us.”

Also submerged are clues to understanding early maritime migrations—how, when, and where the first people arrived in the Americas. In a dramatic shift from just a couple decades ago when most archaeologists believed people walked into the New World, many now believe that modern humans first arrived from Northeast Asia by boat, journeying along a great “kelp highway” that provided an abundance of resources for the intrepid explorers. Braje is retracing their trek, looking for potential “pit stops” along the way that would indicate where populations fished, foraged, and hunted.

Fishing for a baseline

Despite anthropology’s historical roots, Braje’s work has critical modern applications for coastal resource management. His study of former fisheries has lent important insights to Channel Islands policymakers, and his burgeoning projects in both the Solomon and Coronados Islands are designed to do the same.

In the Channel Islands—a Southern California archipelago—humans have fished abalone for more than ten thousand years. Although abalone populations have experienced rapid declines in recent years, some species like red abalone are showing signs of recovery. By examining ancient shell middens (archaeological trash piles) and other deep historical evidence, Braje can trace millennia-long patterns of when and where abalone thrived along the Channel Islands and were available to human fishers. His findings provide a critical perspective that will help policymakers decide when red abalone is recovered and viable for fishing again.

Now in the Bay Area, Braje will expand his research to the unique islands and coastal ecosystems of the San Francisco Bay and beyond.

“The San Francisco Bay has been utterly transformed by a combination of natural and cultural forces over the last 10,000 years. If we want to protect our precious bay and coastline and still build sustainable systems, we must first understand the unique human-environment dynamics that have shaped our home,” says Braje. “My goal is to explore best practices for coastal stewardship by understanding how those who came before us looked after and shaped this special place.”