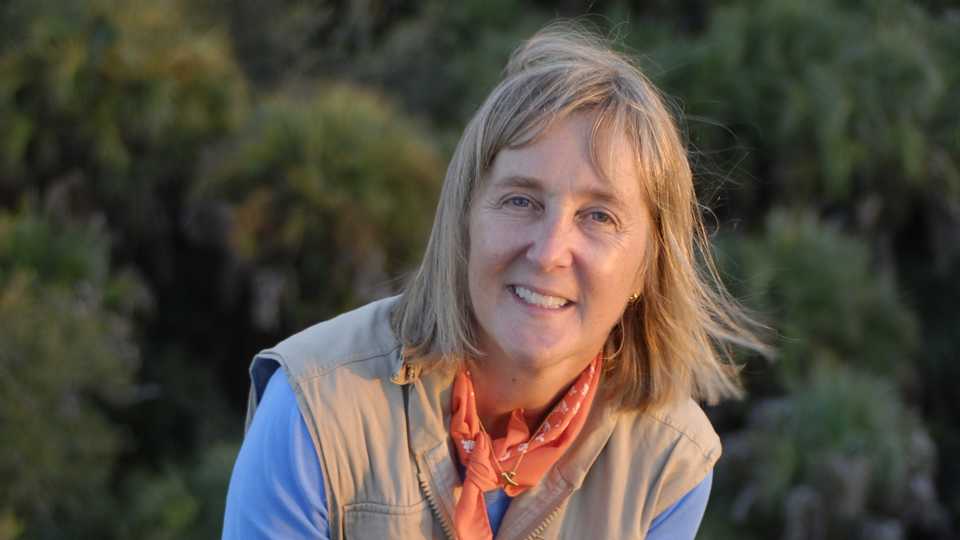 SAN FRANCISCO (November 18, 2013) – The California Academy of Sciences is pleased to announce that Dr. Meg Lowman will join the institution on January 6, 2014 as its inaugural Chief of Science and Sustainability. In this role, Lowman will be responsible for the Academy’s programs of scientific research and exploration as well as its programs addressing the challenge of sustaining life on Earth.

“In our search for the Academy’s inaugural Chief of Science and Sustainability, we were looking for a bright and innovative scientist, leader, visionary, community builder, and partner,” says Dr. Gregory Farrington, Executive Director of the California Academy of Sciences. “We found just that person in Meg Lowman, and we are delighted to welcome her to the Academy.”

Lowman is currently Senior Scientist and Director of Academic Partnerships & Global Initiatives at the North Carolina Museum of Natural Sciences, and she previously served as Director of the museum’s Nature Research Center. Nicknamed the “real-life Lorax” by National Geographic and “Einstein of the treetops” by the Wall Street Journal, Lowman pioneered the science of canopy ecology. For over 30 years, she has worked relentlessly to map biodiversity in forest canopies and to champion forest conservation around the world, innovating new research methods and conservation strategies along the way. Her designs for hot-air balloons and treetop walkways are now used by scientists and students around the world who have joined Lowman in studying the little-known ecosystems that thrive high above the forest floor. And her creative approaches to fostering sustainability both at home and abroad, including her work with Coptic priests in Ethiopia to preserve some of the country’s last remaining forests, have garnered her a number of international awards.

“I look forward to leading the Academy's team of renowned scientists in their commitment to the future health of our planet through the all-important vision of sustainability,” says Dr. Meg Lowman. “As both a scientist and parent, I have devoted my professional life to helping our children and their children understand and respond to this most critical challenge. I began my career working along the Pacific Rim, climbing trees in Australia. Today I am excited to return to the Pacific and to work tirelessly inspiring the next generation of scientists through the grand platform of the California Academy of Sciences.”

As its first Chief of Science and Sustainability, Lowman will lead the Academy’s recently-created Institute for Biodiversity Science and Sustainability, which was formed to more fully integrate and expand the Academy’s scientific research activities and its efforts to address sustainability challenges. In this role, Lowman will be responsible for developing and executing the Academy’s strategic vision for its programs of scientific exploration and research; coordinating the engagement of the Academy’s 300 Fellows in the ongoing educational and research life of the institution; and developing and implementing a strategic plan for programs related to the challenge of sustaining life on Earth, including public engagement activities, advocacy programs, and collaborations with organizations focused on such areas as sustainability, ecology and climate change. Additionally, Lowman will succeed Academy scientist Dr. Terry Gosliner as the Harry W. and Diana V. Hind Dean of Science and Research Collections, assuming responsibility for overseeing the Academy’s priceless collection of more than 28 million scientific specimens from around the world. Gosliner, who served as the Academy’s Dean for the past three years, will continue in his role as Senior Curator of Invertebrate Zoology and Geology and will return his full attention to his lifelong passion for studying one of the world’s most colorful and chemically-fascinating groups of animals—nudibranchs, and working to promote more sustainable conservation practices in the Philippines.

In addition to her current position at the North Carolina Museum of Natural Sciences, Lowman is also a Research Professor of Natural Sciences in the newly-formed College of Sciences at North Carolina State University, where she focuses on initiatives involving communicating science to the public. Her academic leadership has included serving as Vice President of the Ecological Society of America; Treasurer of the Association for Tropical Biology and Conservation; founder of the TREE Foundation; trustee for The Explorers Club and Earthwatch; and Climate Change Adviser to Alex Sink, former CFO of the Florida cabinet. Previously, Lowman served as Director of Environmental Initiatives at New College of Florida, CEO of The Marie Selby Botanical Gardens, and Professor of Biology and Environmental Studies at Williams College.

Lowman’s academic training includes Williams College (BA, Biology); Aberdeen University (MSc, Ecology); Sydney University (PhD, Botany); and Tuck School of Business (Executive Management). Her numerous awards include the Margaret Douglas Medal for Excellence in Conservation Education from the Garden Club of America, the Girls Inc. Visionary Award, the Mendel Medal for achievements in science and spirit, the Lowell Thomas Medal for discoveries in the canopy, Kilby Laureate, Aldo Leopold Leadership Fellow, and Fulbright Senior Specialist Scholar to both India and Ethiopia. Lowman has authored more than 120 peer-reviewed scientific publications, and her first book, “Life in the Treetops,” received a cover review in the New York Times Sunday Book Review. She is the proud mother of sons Edward and James, both science majors from Princeton University.

About the Academy’s Institute for Biodiversity Science and Sustainability

The Institute for Biodiversity Science and Sustainability at the California Academy of Sciences is at the forefront of efforts to understand two of the most important topics of our time: the nature and future of life on Earth. Based in San Francisco, the institute is home to more than 60 research scientists and aquarium biologists, as well as more than 28 million scientific specimens from around the world—nearly 40,000 of which are alive and on display in the Academy’s Steinhart Aquarium. The institute also leverages the expertise and efforts of more than 100 international Research and Field Associates and 300 distinguished Fellows. Through expeditions around the globe, captive breeding programs, and investigations in the lab, the institute’s scientists strive to understand the evolution and interconnectedness of life. Through these same efforts, as well as through partnerships, community outreach, and public engagement initiatives, the institute aims to guide critical conservation decisions and address the challenge of sustainability.