In the largest scientific diving expedition in its history, the California Academy of Sciences goes to astounding depths to discover new species and protect the most biologically diverse waters on Earth 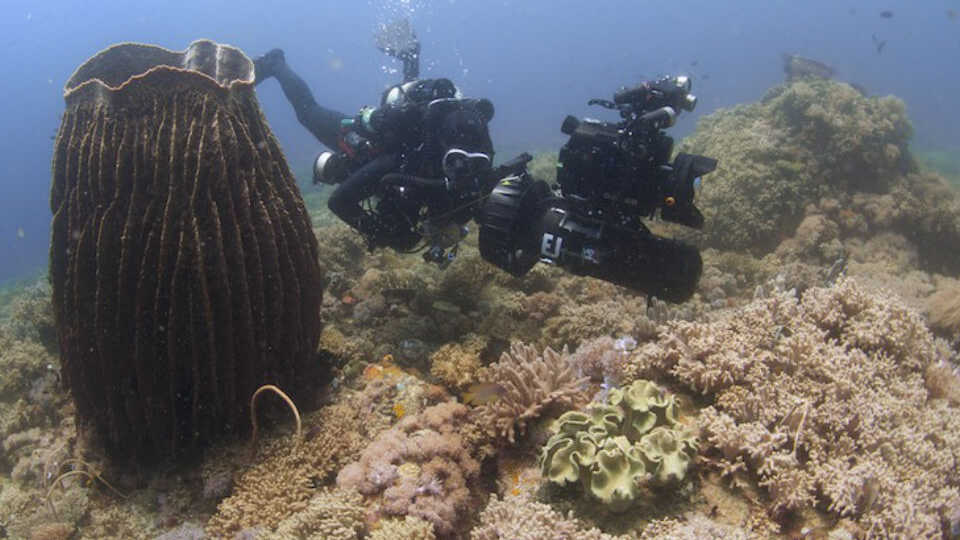 SAN FRANCISCO (June 4, 2014)—Scientists from the California Academy of Sciences return this week from the largest scientific diving expedition in the Academy's 160-year history. Its focus: an intensive exploration of the Philippines' Verde Island Passage, a region thought to be the "center of the center" of marine biodiversity.

"When we talk about biodiversity, we're really talking about species richness," says Dr. Rich Mooi, Curator of Invertebrate Zoology at the California Academy of Sciences and a Principle Investigator of the expedition. "Species richness is crucial to the healthy workings of an ecosystem, and by understanding the state of biodiversity in this place, at this time, we can work with our partners here in the Philippines to inform policy about the protection of these areas."

Over the course of this seven-week undertaking, funded by the National Science Foundation, more than 50 scientists collected 400-plus marine species, including rare and new species of fish, invertebrates, plants, and coral. Focusing on three main areas of the Verde Island Passage—Mabini in the Province of Batangas, moving across Balayan Bay to Calatagan, and finishing in the waters around remote Lubang Island—scientific divers explored not just the areas traditionally open to scuba, but deep-water, "twilight zone" regions never before seen by human eyes.

"The twilight zone is a narrow band between 200 and 500 feet that's totally unexplored," says Bart Shepherd, Director of the Academy's Steinhart Aquarium. "It's below the limits of normal scuba diving technology, but above where you would send an ROV or a submersible...It's the area of the ocean we know the least about. No human has ever been to these places—more people have been to the moon—and half of what we find when we go there is unknown to science."

Reaching those kinds of depths requires Academy divers to push the boundaries of both technology and the human body, using closed-circuit "rebreathers" that extend the amount of time they can spend underwater. So much gas is absorbed by a diver's tissues that the vast majority of every twilight zone dive must be spent in slow and careful decompression, but the scientific rewards are enormous.

"We already know we've found dozens of new species," says Dr. Terry Gosliner, Senior Curator of Invertebrate Zoology at the California Academy of Sciences and a Principle Investigator of the expedition. "Every time we go in the water, even places we've been to many times, we continue to find new things."

Academy researchers are joined on this multi-disciplinary undertaking by scientific colleagues from the Philippines, other U.S. research institutions, and by a team of Academy educators who are working to share the expedition's findings with local community and conservation groups.

"The kind of work we're doing has never been more important," says Gosliner, "because the world is changing so rapidly, we need all the eyes and ears that we can muster to really come up with effective management strategies. Scientists can no longer sit back and do science just for the sake of doing science. We have real-world problems here that need scientific guidance and expertise to make the changes that need to take place to preserve all of this, and to allow people to have enriching livelihoods and also feed their families. We're optimistic. All of that is seemingly working right now, and it's very gratifying."

Expedition discovery highlights thus far include a spectacular new species of Grammatonotus (a genus of splendid perch) and a beautiful Synchiropus circularis—a rare dragonet that had never previously been seen in the Verde Island Passage. Both were collected at 470 feet. Many new species of colorful sea slugs were also discovered, and an undescribed species of Liopropoma (basslet fish) collected at 350 feet is currently on its way back to Steinhart Aquarium.

These discoveries will be confirmed and described in the coming months as Academy scientists use DNA sequencing and other tools to analyze all specimens collected in the field, likely discovering even more new species in the process. Their work will be available for further study by the scientific community. In addition, the Academy hopes to display some of the Verde Island Passage species in Steinhart Aquarium to promote greater awareness and conservation efforts, and perhaps inspire the next generation of ocean explorers.