The value of scientific collections is vast, their impact on populations is minimal, and photographs and sound recordings are not enough 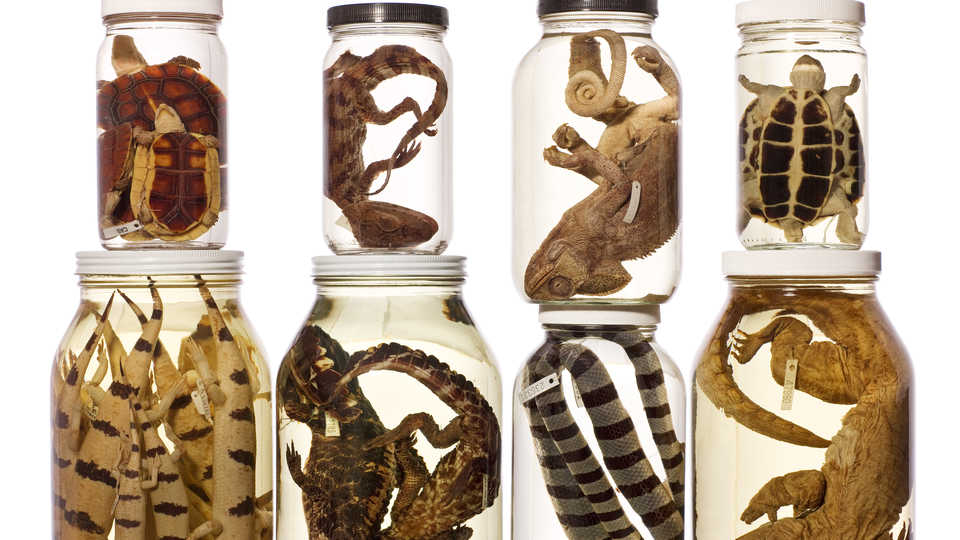 SAN FRANCISCO (May 22, 2014)—Scientists from the California Academy of Sciences and more than 60 other international research institutions spanning six continents have responded to a recent paper in Science, which questioned current methods of scientific collecting and advocated the use of non-lethal alternatives. The response, led by Luiz Rocha, PhD, the Academy's Assistant Curator and Follett Chair of Ichthyology, and co-authored by such science luminaries as Harvard's E. O. Wilson and the Academy's Chief of Science and Sustainability, Margaret (Meg) Lowman, describes in detail the value that scientific collections provide across a wide range of disciplines, including conservation biology, and stresses the minimal impact that collecting has on populations. The response is published this week in Science.

In the original paper, "Avoiding (Re)extinction," the authors (Minteer et al.) argued that the collection of scientific specimens has played a significant role in species extinction, pointing to examples of now-extinct birds, frogs, and plants to support this idea. In response, Rocha et al. present significant evidence to the contrary. For example, of the 102 great auk (Pinguinus impennis) specimens in scientific collections, many are skeletons collected after extinction—and even when added together, the total number of specimens is a tiny fraction of the estimated millions of great auks harvested for food, oil, and feathers. Similarly, there are only nine scientific specimens of the now-extinct Mexican elf owl (Micrathene whitneyi graysoni), and these were collected when, according to field records, the species was still common—before the effects of habitat degradation and invasive species had pushed the owls to extinction.

"A few representatives taken for scientific collections is a drop in the bucket compared to the many other threats that species face today," says Rocha. "Habitat degradation and loss, unsustainable harvesting, and invasive species each play much larger and more devastating roles in population decline and species extinction."

In their paper, Minteer et al. went on to recommend alternatives to standardized collection methods used today, namely photography, audio recordings, and non-lethal tissue collection. Although in some cases these methods are useful in species identification, Rocha et al. argue that they fall far short of the wealth of information that scientific specimens provide. Species identification, they write, is not the only—and is often not the most important—reason to collect voucher specimens.

"Photographs and audio recordings can't tell you anything about such things as a species' diet, how and where it breeds, how quickly it grows, or its lifespan—information that's critical to assessing extinction risk, and vital IUCN Red List designation," Rocha explained. "And because photos and sound recordings provide only snapshots of individuals at one time and place, they can't be used to understand how a species and its ecology, distribution, and population dynamics have changed over time, or how individuals vary from one part of the species' range to another."

In their response, Rocha et al. point to several examples that illustrate the role scientific collections have played in understanding such things as the effects of climate change on populations and the spread of disease. In one such analysis, scientists looked at specimens from a wide range of taxa, collected over the past several decades or more, and found a significant correlation between an increase in mean ambient temperatures and a decrease in body size—a response that might affect the ability of some species to tolerate more dramatic swings in temperature extremes.

Scientists have also analyzed amphibian specimens collected over the past five decades or more, including many in the Academy's herpetology collections, to track the origin and spread of the deadly chytrid fungus in hopes of preventing its further spread. And this sort of disease tracking is not limited to chytrid.

"There are a lot of diseases in many different species that we can better understand by tracking them through time, addressing questions about where the disease came from, what the pattern has been, and whether anything has fundamentally shifted in the environment," says David Blackburn, PhD, Assistant Curator of Herpetology at the California Academy of Sciences. "But a snapshot from one time period won't allow us to answer those questions; we only get that ability from looking at many historical records over time."

In other cases, genetic data from decades-old scientific specimens has even been used to "de-extinct" species. One of these, the Vegas Valley leopard frog (Rana fisheri), was thought to have gone extinct in the wake of Las Vegas development. However, a study published in 2011 compared the genetics of specimens from the extinct population to individuals from surviving populations of similar-looking frogs elsewhere in the southwest and found them to be the same species. These types of discoveries, the authors wrote, are "the hallmark of biological collections: They are often used in ways that the original collector never imagined." And with the continuing emergence of new technologies, this potential only grows.

That potential, combined with the increasing number of threats species face and the need to understand them, suggests that the need to collect scientific specimens—and to share the information they hold—has never been greater.

"We don't maintain collections for our own personal benefit," Blackburn emphasized. "We collect specimens and manage the collections we have as a resource for the community and the world. We are the stewards of this vital resource, and that means we should share them as widely and freely as possible."

"I am delighted, but not surprised, at the outpouring of support from scientists around the world who recognize the importance of collections for both research and conservation," says Meg Lowman, PhD, Chief of Science and Sustainability at the Academy. "The invaluable specimen collections held by institutions like the Academy provide one of our best tools for understanding and addressing the most pressing sustainability challenges of our time."