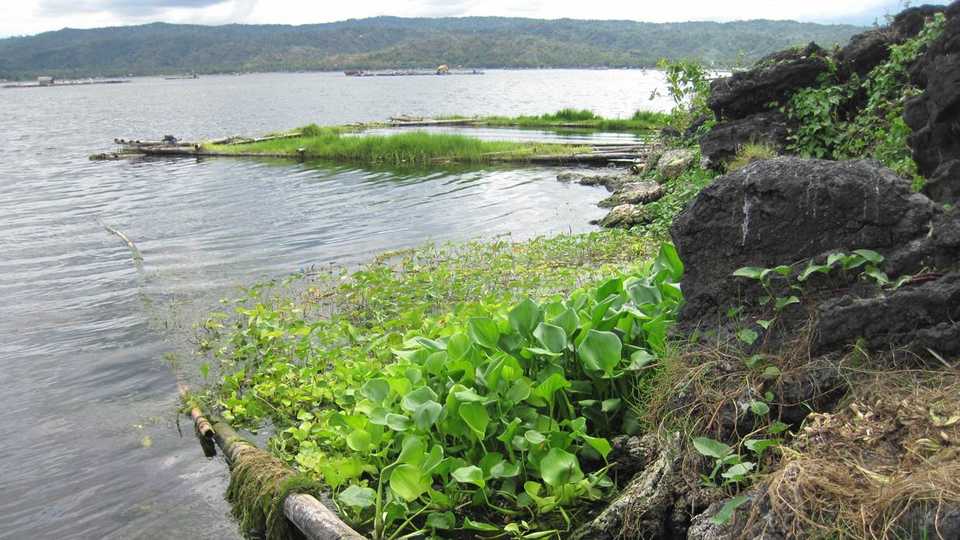 The initial timing was unfortunate, a storm kept the Hearst Expedition divers out of the sea for two days, but as the storm abated and the nearshore water became clearer, several of us made a trip to Lake Taal, an hour and a half north of Club Ocellaris, the base of operations for the expedition's shallow water marine component. Compensation for not diving those two additional days was a glimpse at a truly unique place.

For the purpose at hand, the timing couldn't have been better. A stage 2 alert had virtually shut down the local tourist industry, which exists to take people to and from the island in the Lake and show them around on horseback. What is this alert? You see, the island in Lake Taal is an active volcano, with the most recent eruption having ended in 1977. The alert was issued and remains in effect because monitors recorded several seismic events early on, a rise in magma level, and an increase of noxious emissions. Why visit an active volcano? Well, the surrounding lake has a very interesting history.

Lake Taal is the third largest lake in the Philippines in terms of surface area and possibly the deepest (approaching 200 meters). The surface of Lake Taal lies at an elevation of less than 30 meters which means that a significant part of the lake water lies below sea level. Lake Taal used to be broadly open to the ocean, but volcanic activity approximately 250 years ago closed it off, and over time, runoff from the surrounding mountains has lowered the salinity to a point where it is essentially freshwater. Many of the Lake's native fishes are derived from marine species that have adapted to freshwater, including the Lake's most famous inhabitant, the world's only freshwater sardine, the Tawilis (Sardinellla tawilis), an endemic species found nowhere else.

The logistics for our half-day excursion proved more challenging due to the presence of an ABS-CBN news team doing a documentary on the Hearst Philippine Expedition tentatively due to air in September. Upon arriving at the Talisay Yacht Club, we began unloading our gear and obtained gasoline for the electroshocker. Representatives from the Bureau of Fisheries and Aquatic Resources (BFAR) and PUSOD (a non-profit Philippine environmental organization) were present along with the TV crew. While we discussed our plan, the Invertebrate Zoology team made a small shore collection. With our gear finally loaded on two bangkas, we set off for Volcano Island. 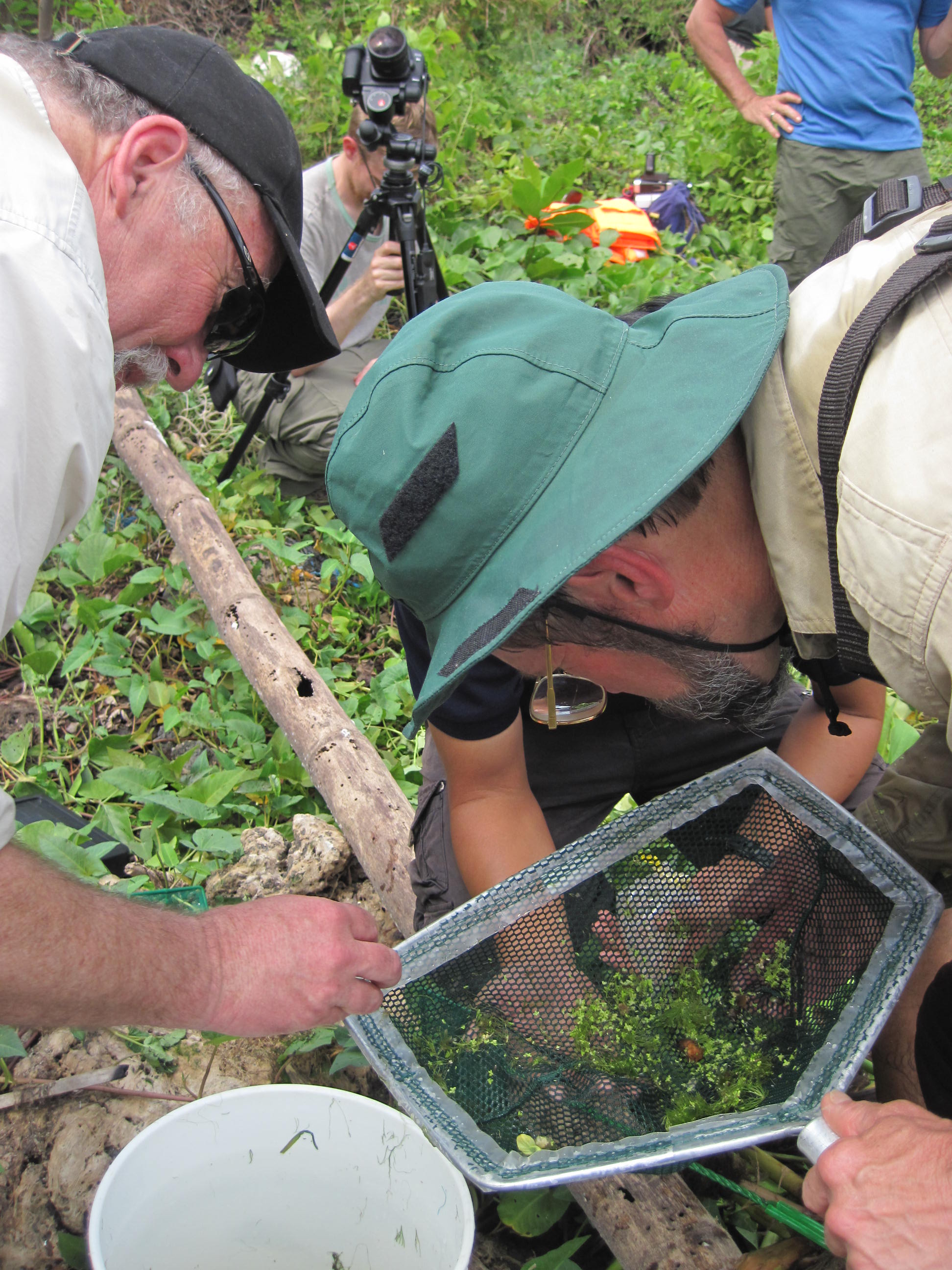 Lake Taal is home to extensive aquaculture operations with thousands of floating cages for raising tiapia and milkfish. The heaviest concentration of cages lies in the northern and western parts of the lake. It was in this region we made our first stop, at a particular place where Philippine scientists reported netting two or three kinds of gobies new to science. These are species not yet named in the scientific literature. En route to this first stop, the bangka carrying our invertebrate zoologists experienced engine trouble and put to shore. In a wonderful turn of events, there were two pipefishes in the water next to the boat that they were able to collect. This was one of our targets for this trip. The operable bangka went to pick-up the Invertebrate Zoology team and bring them to the first site. The second boat joined us later, after repairs were made. It was time to begin our search in earnest. 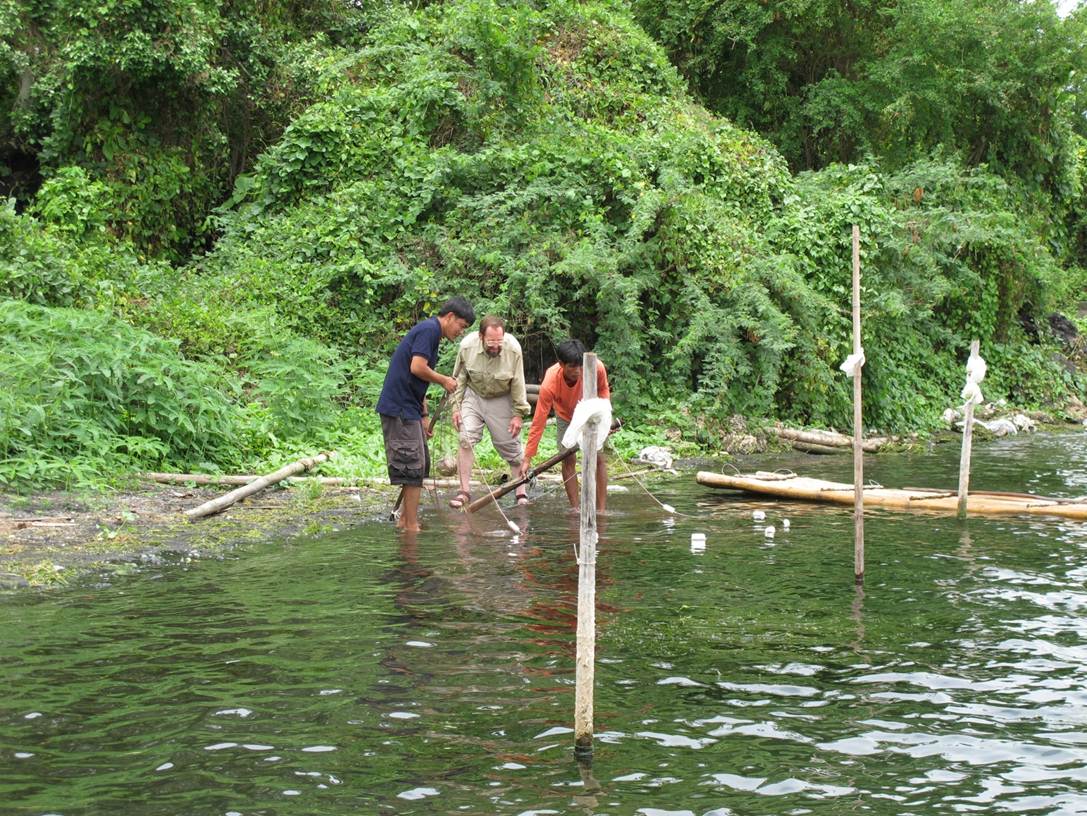 Our primary tool for this hunt was an electroshocker. This is a device primarily used by fisheries biologists to capture fishes for tagging and/or data gathering. It is essentially a sophisticated power supply using two electrodes to create an electric field in the water, stunning fish that can then be netted. Our unit consists of a small gasoline generator to power the electronics box both of which are mounted on a pack frame. Everything checked out fine, but each time we started to fish, the unit registered an overload. Our backup plan called for dipnets and a small seine. While executing this “plan B,” we noticed areas of hot water in excess of 50 deg. C. that had seeped up through the sand plus plenty of sulphurous odors. It then occurred to me that this might provide an explanation for why the electroshocker failed to work. Volcanic activity increased the amount of dissolved minerals in the lake water near Volcano Island increasing the conductivity to a point where the unit could only register an overload. Subsequent inquiry not only confirmed this but also revealed that the entire lake has high conductivity. 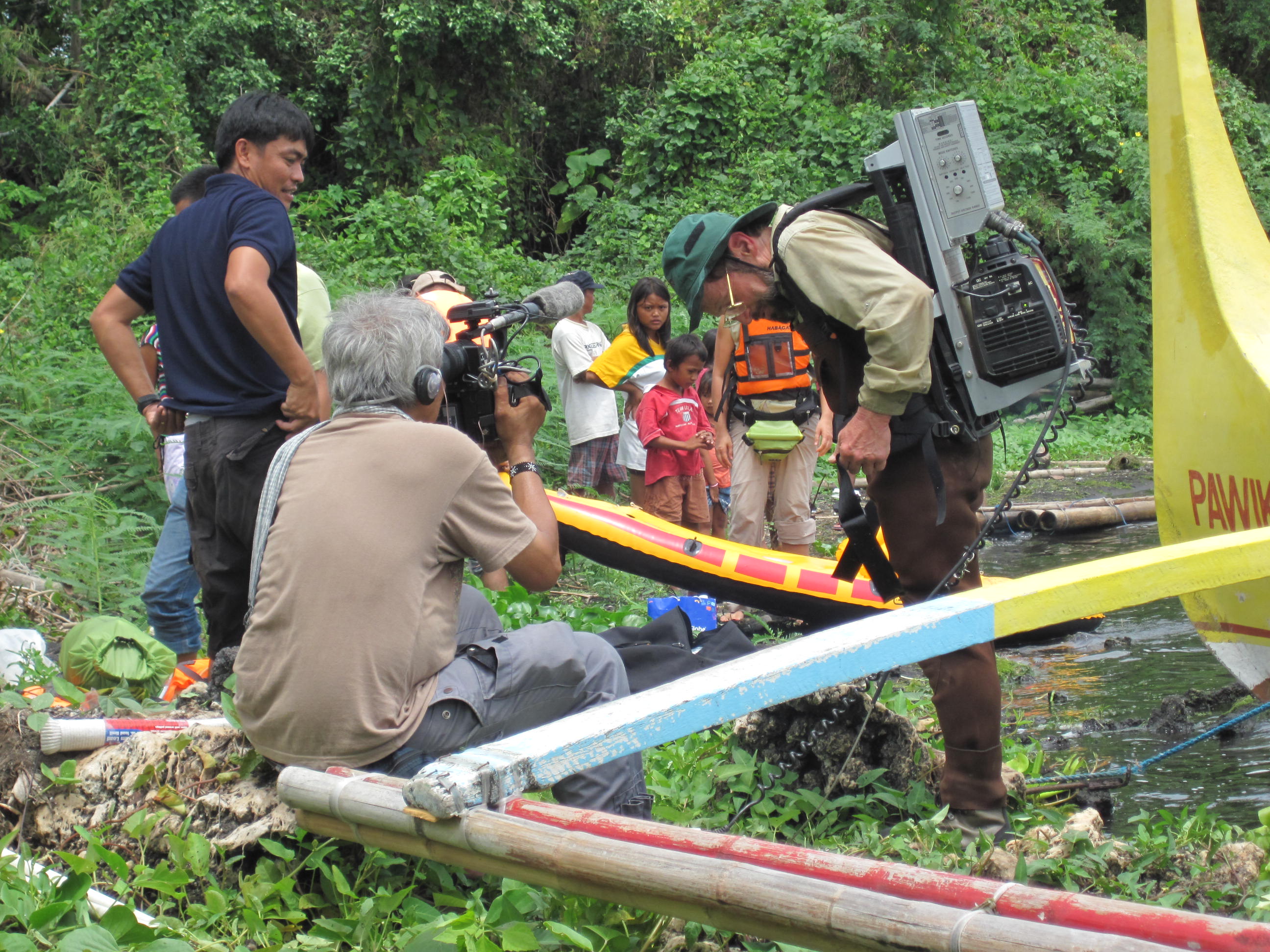 Regarding the specimens we did manage to collect, no conclusions could ever be drawn from a sample that small, but there are some highlights. We did collect seven gobies, of which three are common and the remaining four, very small. We will probably seek the help of specialists to determine what they are or if they might be new to science. The three freshwater pipefishes are of particular interest to Dr. Healy Hamilton and the researchers in her lab at the California Academy of Sciences who are working on a molecular phylogeny of the seahorse / pipefish family Syngnathidae.

Probably the most significant aspect of our visit to Lake Taal concerns the jaguar fish, an aggressive, fish-eating, Central American Cichlid, introduced a little over 15 years ago. Since then, this invasive species has increased to the point where it is now ranks fourth in number of individuals caught per year. We were able to provide limited anecdotal evidence of just how pervasive the jaguar fish has become. We also observed first hand, it's tolerance for poor water quality, a definite competitive advantage.

Finally, for our mini-expedition to Volcano Island, a delicious lunch was provided by Ipat Luna of PUSOD, and even though we weren't able to collect the famous freshwater sardine, the Tawilis, we were able to taste it. We presented our findings during a meeting at the town hall in Talisay. In attendance were representatives from PUSOD and BFAR as well as mayors from several municipalities around the lake. The good news is that the Philippine government approved a comprehensive management plan for Lake Taal that has strong local support. Implementation and enforcement of the plan's provisions are the next critical steps. 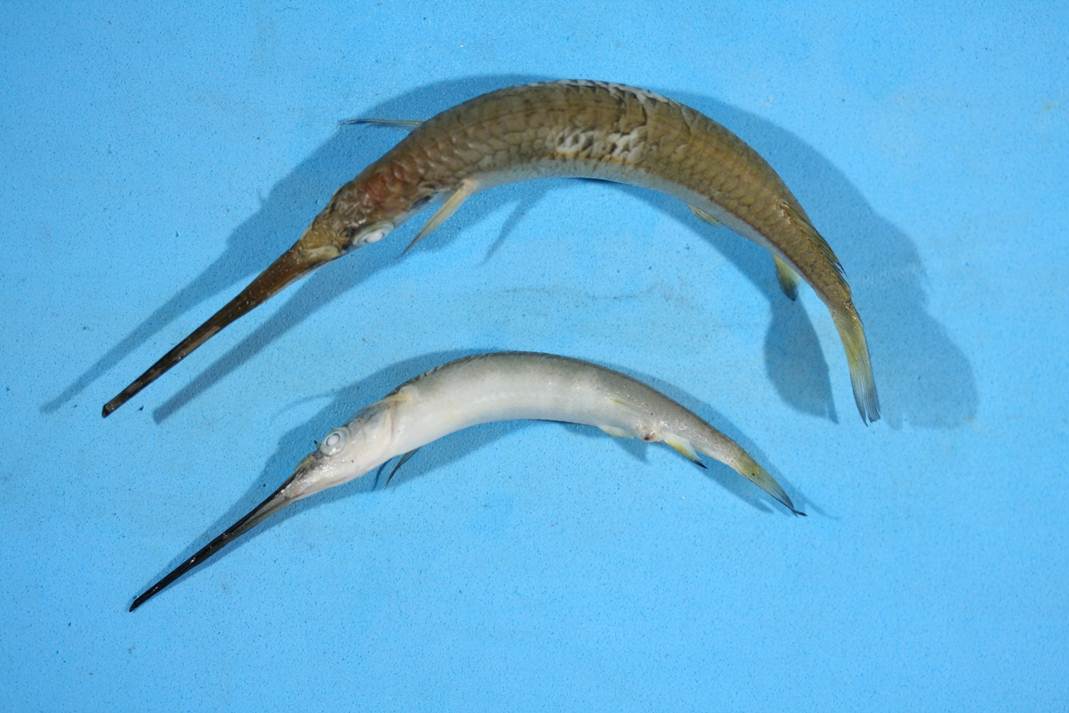