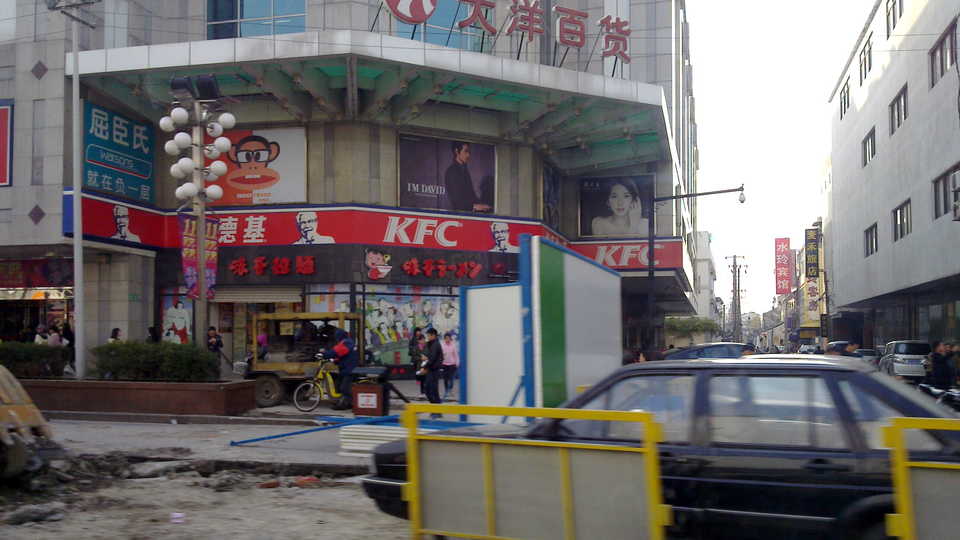 This is the second installment of my essay, Tipping the Biosphere.

The historical and lifetime experiences of humans accustom us to regularities in the Earth's dynamics; e.g., tides ebb and flow, and species migrate annually. Civilizations, past and present, have always depended on those regularities. Disruptive episodes or events can sometimes be forecast, e.g. quasi periodic droughts, or they may come as a surprise, e.g. earthquakes. Our concern about those events depends on their frequencies, intensities, and purely psychological factors [2].

For example, massive earthquakes (moment magnitude 8.0 or greater) occur infrequently in densely populated areas, but past experience at local to regional scales makes them important to humans. Events that transform the entire biosphere, on the other hand, lie outside human historical experience, and our knowledge of them comes from the geological and fossil records. Those ancient events were driven by physical factors, ranging from massive volcanism to asteroid impacts to orbital fluctuations. They also have biological feedbacks, exemplified in the ice ages of the past 2.5 million years, in which the biologically-based carbon cycle controlled atmospheric levels of the greenhouse gas carbon dioxide. Mass extinctions are commonly associated with those events, such as the end Permian extinctions of 251 million years ago, when approximately 90% of Earth's species became extinct [3] as a consequence of extensive Siberian volcanism, or the end Cretaceous asteroid impact of 65 million years ago, when roughly 70% of species became extinct [4].

The most recent global transformation occurred just 12,500 years ago at the end of the last ice age, when climate change and human expansion (Note: and possibly a meteor impact) caused the extinction of many large terrestrial animals [1]. Natural recurrence of any of those Earth-transforming events in the near future is of low probability.

For example, eruption of the Toba supervolcano in Sumatra 26,500 years ago, brought our own species to the brink of extinction (Note: but see), but the probability of a similar eruption in the next 50 years is estimated to be 0.1% or less [2]. Today the Earth is undergoing another transformation, with consequences for both biological diversity and human well-being, but this time humans are the agents of change. The ways in which we are transforming the planet are diverse, including: anthropogenic global warming; landscape alteration, fragmentation and destruction; species over-exploitation; pollution; and invasive species. Underlying all these factors, however, are two fundamental parameters of modern human society; population size and resource consumption. All other factors stem from the effects of a burgeoning global population and increased resource consumption.

Needless to say we must continue to mitigate and perhaps halt our transformation of the atmosphere, species over-exploitation and landscape destruction, but these will bring temporary reprieves at best. As long as global population and resource consumption continue to increase, their effects will be translated into biosphere-transforming factors. Complicating the search for, and implementation of solutions are the feedbacks and synergistic relationships among the transforming factors (including population size and resource consumption).

For example, clearing land for agriculture to feed a growing population is sometimes followed by a loss of vital ecosystem services, such as clean water, soil conservation and firewood production, prompting further clearing, the concentration of populations into denser collectives, and the importation of basic consumables such as water and fuel. Interestingly, the relationship between population size and resource consumption is a largely independent one! There is of course a base level of resource consumption necessary to sustain a population of any given size, though I suspect that the level is rather low and would not meet everyone's expectations of a decent standard of living (imagine a gulag). Beyond that base level, resource consumption is mostly a matter of choices, and the biosphere transforming choices that we make often either have little to do with population size, or have an indirect connection. One simply looks to history's record of over-exploited and exhausted resources, which predates the exponential increase of global population size which began in the 19th century. Plato bemoaned the final deforestation of Attica in the 5th century BCE [5], which fueled Athen's silver mines. The Atlantic Gray Whale was extinct by the beginning of the 19th century CE after being whaled by coastal communities since at least the 16th century [6]. The relationship between population size and consumption is therefore an irregular one, based as much on socio-economic context, social norms and societal goals, as it is on need.

Our current problems are generated by levels of resource consumption that either remain fixed or grow as population size increases. Drivers of negative biosphere transformation are thus created and exacerbated. The complexity of natural systems, such as climate or ecosystems, as well as the nonlinearity of their internal processes, raises the possibility that any such transformation could come as a tipping point, rather than gradually and incrementally. The irregularity of the population size-resource consumption relationship, however, also raises hope for avoiding, or at least adapting to, the transformation.