Since my last blog post I have finished scanning the field notes of Alban Stewart, the expedition botanist, and I have moved on to Washington Ochsner’s geology field notes. The pages are unbound and very brittle, so I have to be quite gentle with them and handle them as little as possible.

During the year the expedition was in the Galapagos, the scientists went to several islands multiple times. It seems that after the expedition these notes were reordered by island, so I check closely while scanning to make sure that the pages are not out of place.

The first, and largest section, is comprised of notes and general observations. It describes geological formations, strata, and rock composition. In this section he often describes a formation or an island’s origin, and explains how it may relate to other islands in the Galapagos chain. This section also contains interesting figures and maps to help visualize the descriptions. The maps and figures show rock strata and geological formations— such as lakes, cliffs, craters, and volcanic formations—with numbers or alpha-notations connecting features to the notes. These have been some of my favorite parts of the notes. I enjoy cartography, particularly old maps, and it is fascinating to read through Ochsner’s notes and connect them to his drawings. 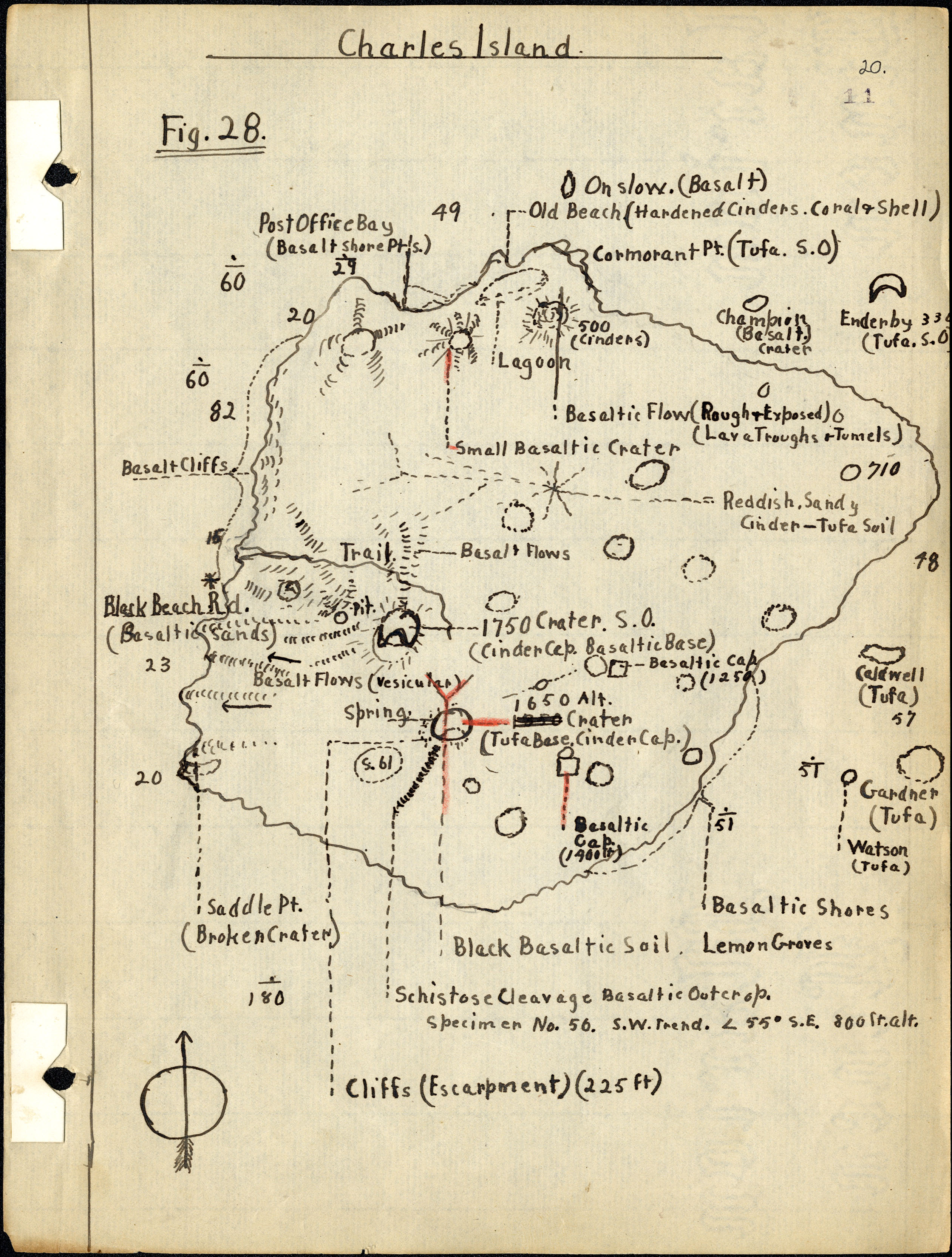 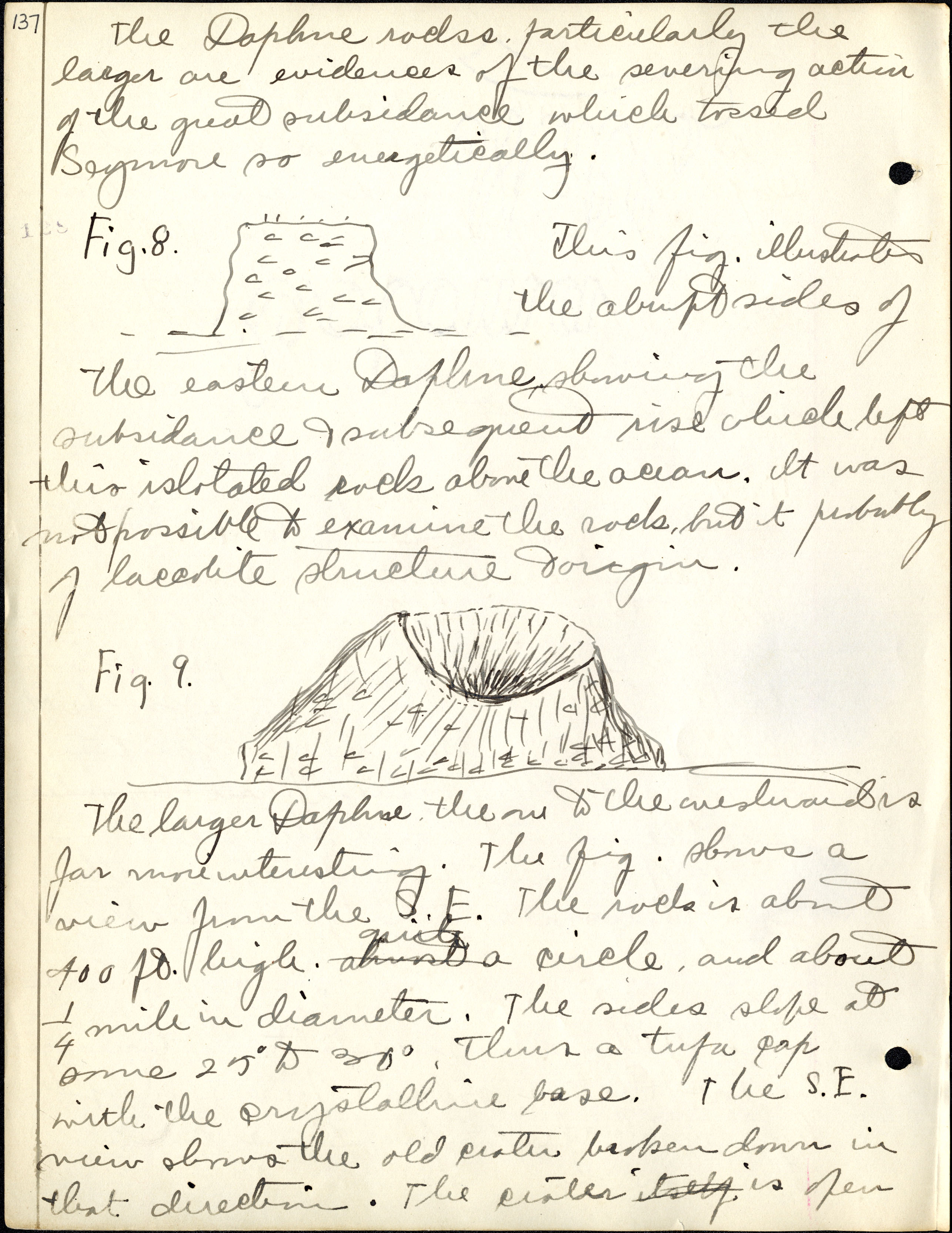 Ochsner called the second section “occasional ideas.” These seem to be general thoughts that did not fit in with the notes on specific islands. It also contains citations for literature related to his observations.

The third section is a rock specimen catalog. This section contains a list of rock specimens Ochsner, and other members of the expedition, collected on the various islands. He assigned the specimens a unique catalog number and also a number relating to where they were found. 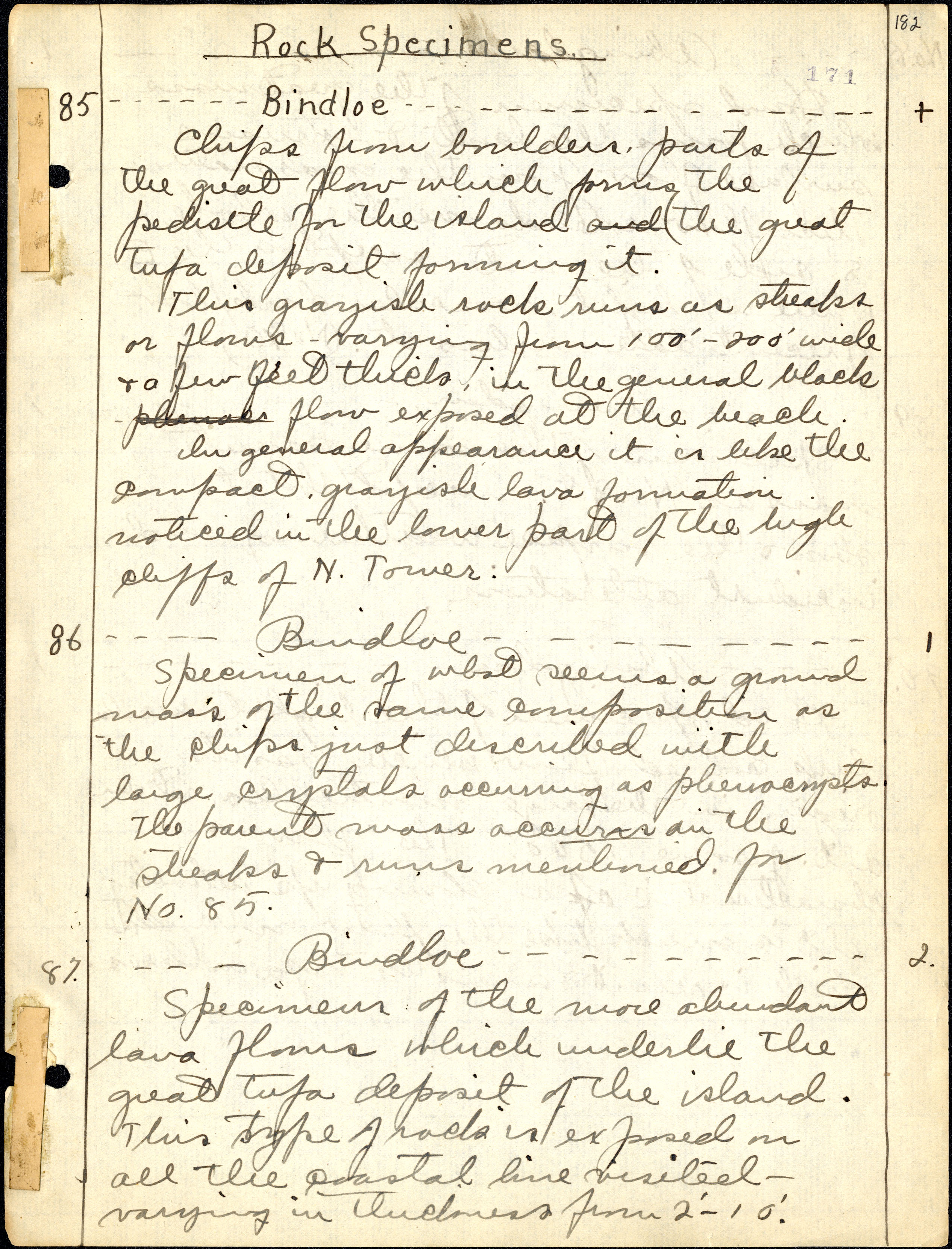 The final section consists of photograph metadata. This is descriptive information that corresponds to images taken during the expedition.

I am almost finished digitizing Ochsner’s field notes, and, after receiving further training with the imaging hardware and software, I will probably begin taking high resolution digital images of finch specimens. It should be lots of fun!