Science in Action at Odd Salon 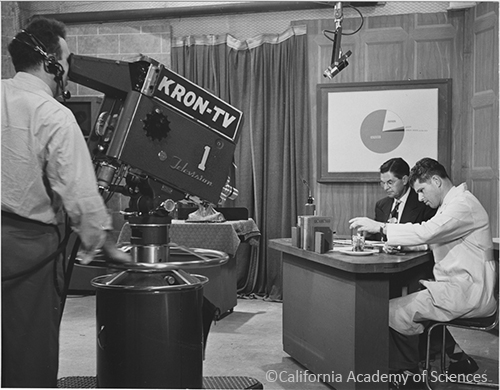 On Tuesday June 24th, our own Kelly Jensen (Digital Production Assistant) will be giving a talk about the Academy Archives as part of Odd Salon. Topics will include our recent digitization and preservation projects, particularly the film reels of the Academy’s 1950s-era television show, Science in Action. 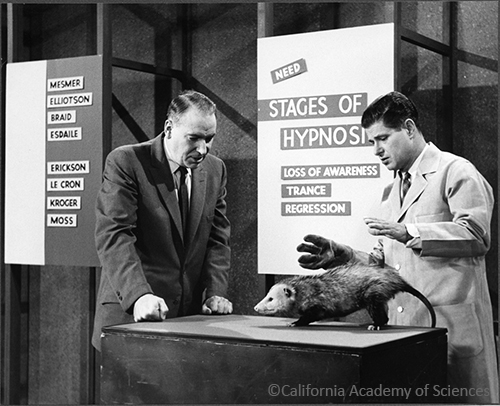 Science in Action was one of the first television shows to present science in an entertaining fashion, with a different guest each week to explain topics as diverse as “Exploring Mars,” “Muscles,” or “Trout Lore – Fact and Fancy.” Hosted by Earl S. Herald, director of the Steinhart Aquarium, the show was a popular institution in the Bay Area and paved the way for later programs like NOVA, Connections, and Cosmos. 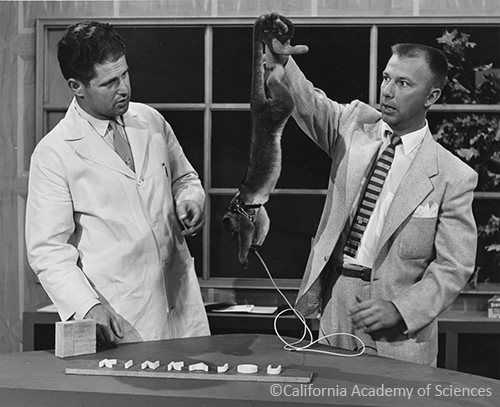 In an effort to preserve the films, we are currently in the process of digitizing as many as we can, both to create digital surrogates, and to make the programs viewable by the public. We’re very grateful to the California Audiovisual Preservation Project for their support in digitizing these films; with their help we expect to have 30 more episodes available soon! Several episodes of Science in Action can now be watched at Internet Archive and on the California Academy of Sciences’ YouTube channel. Don’t miss the Animal of the Week at the end of each program! Odd Salon (“Learn Something Weird”) is a twice-monthly evening of short talks on broad topics such as “Rogue,” “Lost,” and “Secret.” Kelly’s talk will add a bit of insider museum lore to “Preserved.”