The Dry Valleys are an ancient, unique, and fragile ecosystem. It remains largely pristine thanks to an Environmental Code of Conduct initiated by a nine-country panel in 1995. Its enforced Leave No Trace principle aims to minimalize impacts on the region's biological and geological features and preserve them for study by future generations. The effort's ultimate success though depends on continued group diligence and an effective waste management system. Here's some of what's involved... 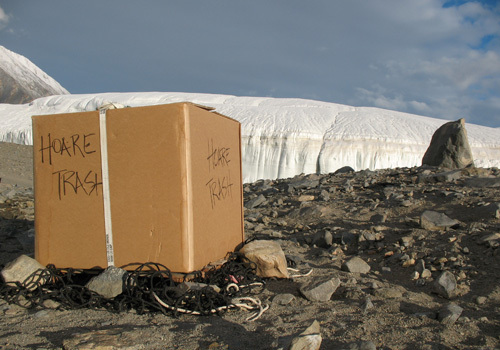 Sorting one's trash into categories is as much a way of life in field camps as it is in McMurdo. Full garbage bags are put in tri-wall boxes outdoors and then removed by helicopters with sling load nets, like the one seen around this tri-wall's base. The boxes are stored at Marble Point over winter, then traversed over the frozen Sound to McMurdo in the fall. 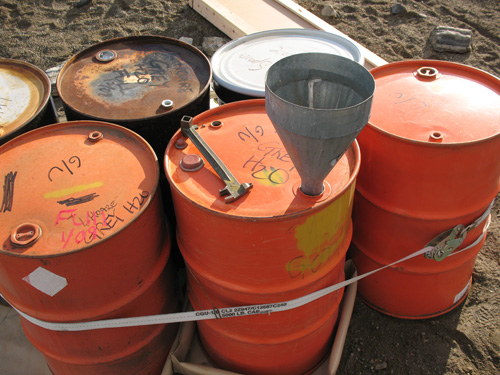 Waste water must also be dealt with. Commonly referred to as grey water, it includes washing water, toothbrushing water, cooking water, any type of dirty water. Caught in buckets indoors, it's then transfered into large drums for eventual transport back to McMurdo.

And then there's human waste, which brings us to Lake Hoare's famous "rocket toilet." Not your ordinary outhouse, the toilet's contents gets incinerated by a propane powered blast. Don't worry, it won't ignite while you're seated. The burning takes place when the pit is two-thirds full, when the outhouse is empty (and marked 'off-limits' by a black flag), and under the camp manager's supervision.

This is the rocket toilet's backside. The contraption's environmental friendliness is debated but it's cleaner than sling-loading the waste out by helicopter given the fuel and emissions involved there. Another thing the rocket has going for it is the styrofoam seat. No cold toilet seats in the Antarctic! The rocket toilet, incidentally, is the luxury bathroom in the field. Otherwise bottles, buckets, and bags are used (Leave No Trace here means no pee or poop on the ground) and yes, you're expected to carry your "collection" around till you return to dump it in the collective receptacle. It's a harsh continent. 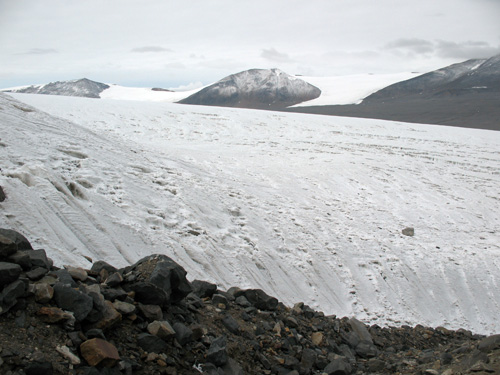 I spent part of the afternoon hiking the hill alongside Canada Glacier's northern edge. The path gradually rises to a height greater than the glacier itself, affording a view out over the ice. Its downward slope is positively dramatic, a feature unseen from below. 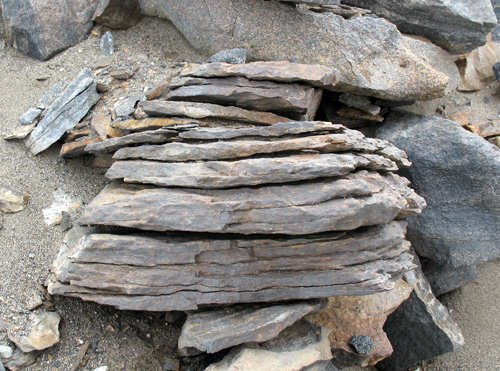 These rock formations are a common phenomenon here. What look like artfully stacked shrines by previous hikers are single rocks artfully split by Mother Nature. 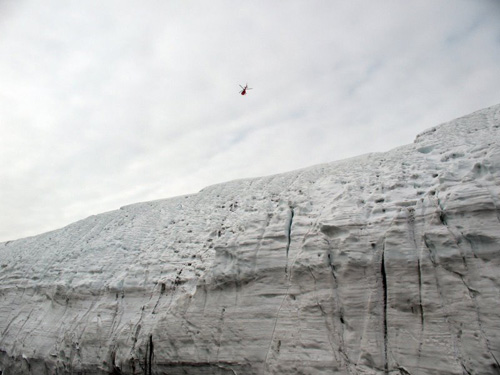 Relaxing on a boulder on my way back to camp, I snapped a picture of a helicopter flying overhead... 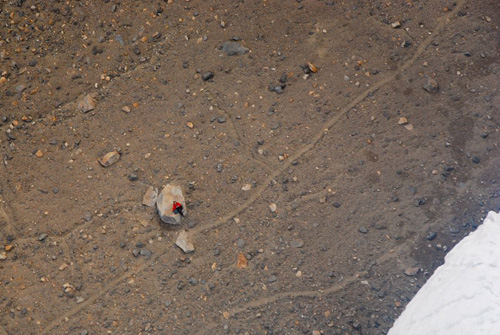 ...to find I'd been snapped back! The picture was taken by Chris Gardner, the McMurdo Dry Valleys LTER Information Manager. He's taken some beautiful photos of Antarctica during his four seasons here; I especially like the Abstract McMurdo set. 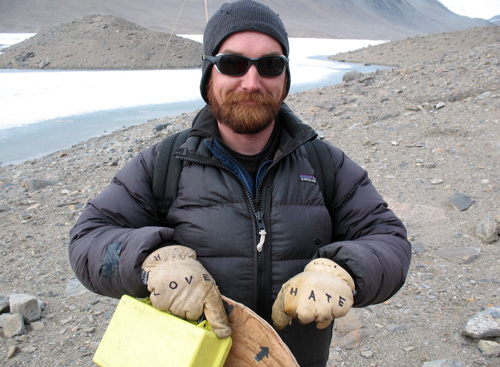 Farewell to Lake Hoare and the great people here. Hassan Basagic is a researcher collecting seasonal data for the LTER project. Love it or hate it, he's a Night of the Hunter fan. 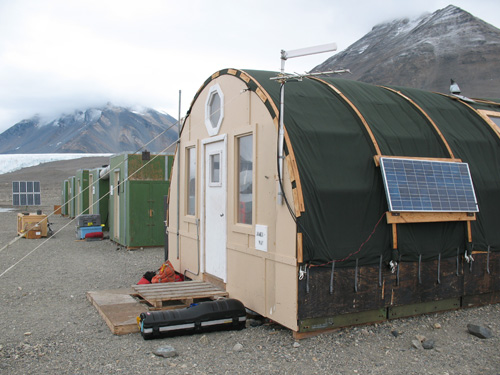 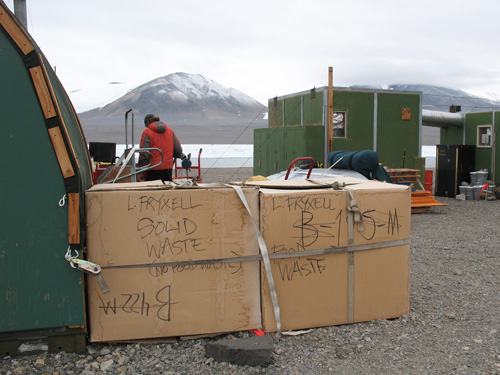 A helicopter will eventually hoist Fryxell's tri-walls to Marble Point for the winter along with all the other Dry Valleys camps' boxes. A reader recently asked where all the waste goes once it's shipped off of Antarctica. The answer is Port Hueneme in Oxnard, California. From there the majority of the load goes to local mom & pop recyclers specializing in wood, metal, glass, aluminum. Hazardous waste (batteries, aerosols, fluorescent bulbs, medical and lab waste) goes to handlers in Washington State. Food waste and human waste is incinerated and the rest goes to landfill. 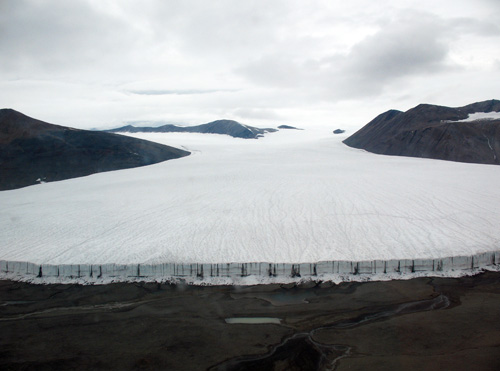 My last Dry Valleys sighting is Commonwealth Glacier squeezing between two peaks and spreading out like a fan, waving good-bye.