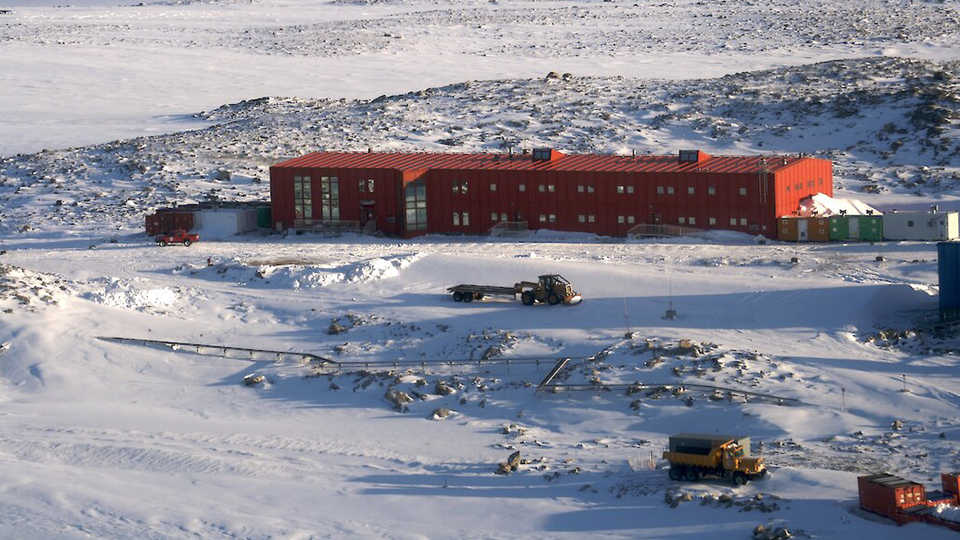 In 1998, the countries operating in Antarctica became bound to protecting the continent's natural resources in accordance with the Protocol on Environmental Protection to the Antarctic Treaty (also known as the Madrid Protocol). The agreement put landmark measures in place to address pollution generated in Antarctica, such as required routine removal of newly-generated waste from the continent and dealing with waste from previous decades. The Protocol is a remarkable achievement for Antarctic environmental protection but its tenets are a tall order to meet and maintain.

Local pollution in Antarctica exists in many forms. One is everyday byproducts of research stations. As of 2017, more than half of Antarctic bases had no wastewater treatment system. Many that do, including McMurdo Station, operate biological treatment plants to mitigate raw sewage and food waste before discharging it into the sea. Nevertheless McMurdo’s wastewater outflow has been found to contain flame retardant chemicals known as HBCD in amounts similar to urban areas in the US and Europe. HBCD, which disrupts hormones in lab fish and rodents, is absorbed by marine life living closest to the discharge pipes, including sea sponges and penguins.

Such findings aren’t limited to McMurdo of course. All 70 Antarctic research bases maintained by over 30 countries deal with environmental contaminants on a daily basis. Australia’s Casey Station, for example, has identified common household pollutants dispersing from its facilities. Among the pollutants were PFASs (chemicals common to non-stick coatings and waterproof clothing) and PBDEs (found in electronic equipment, textiles and fire-fighting foam). These two chemical families are listed under the Stockholm Convention as ideally ‘restricted’ and ‘eliminated’ respectively.

Marine litter is another form of local pollution. Research on subantarctic islands revealed that the quantity of debris is directly proportional to the level of commercial fishing in the area. Materials such as nets, line, and strapping routinely fall overboard from fishing ships, entrapping seals, penguins, and other wildlife. Smaller plastic fragments get ingested by surface feeding birds, causing adverse health effects. A research team with the Institute for Marine and Antarctic Studies at University of Tasmania reports that plastic consumption is inherently toxic and becomes increasingly hazardous over time as it accumulates pollutants from the surrounding marine environment.

Oil and chemical spills are also worrisome as shipping proliferates in the Antarctic. While major oil spills in the region are uncommon, even small contaminations in frigid waters take several years to break down, inflicting irreparable harm on wildlife. Antarctica’s most catastrophic spill took place in 1989 with the supply vessel Bahia Paraiso’s grounding off the Antarctic Peninsula’s west coast, releasing 600,000 liters (160,000 gallons) of petroleum into the sea. The affected area, Arthur Harbor, is still under study for such long-term environmental impacts from human disturbances.

In response to such accidents, the Antarctic Treaty’s Protocol on Environmental Protection requires all Treaty nations to have contingency plans in place to promptly deal with environmental emergencies. Prevention, naturally, is paramount. Many bases use fuel tanks with secondary containment to avert spillage. And nearly all countries conduct Antarctic oil spill response exercises several times a year with other nations. Still, risks exist.

In a 2007 incident, the cruise ship MS Explorer sank with 50,000 gallons of diesel oil, 6,300 gallons of lubricant and 260 gallons of gasoline on board after striking an iceberg in a biodiverse zone near the South Shetland Islands. Research suggests that here too, recovery was a slow process. “A return to a pre-spill state may take a decade or longer,” says Australian Antarctic Division benthic ecologist Jonny Stark who studies hydrocarbons’ effects on small marine organisms. “Hydrocarbon pollution is one of the greatest environmental risks to Antarctic marine ecosystems with the extreme environment, sea ice, and isolation making responding to fuel and oil spills very difficult.”