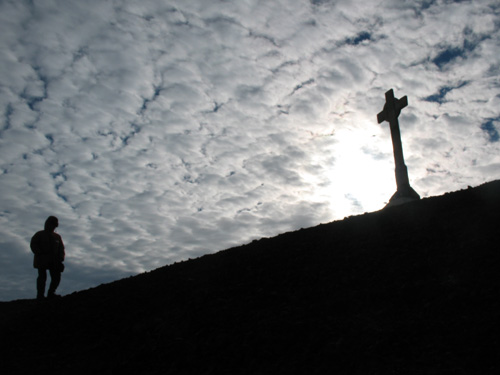 Hut Point is a short stroll around the harbor basin from McMurdo. Its summit is marked by Vince's Cross, a memorial to a lost crew member of Robert Scott's Discovery expedition of 1901-04. I've been out there a couple times now, enjoying the light at different times of day. Even in a single visit, one vantage point can appear like twilight... 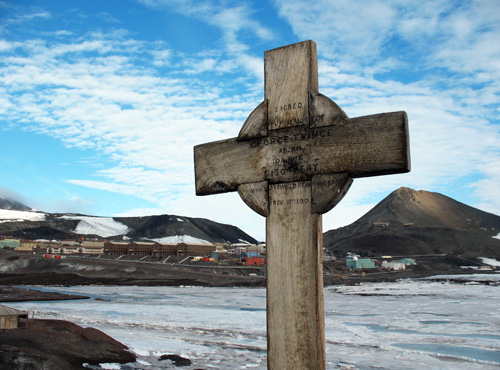 ...while another offers broad daylight -- which in fact it is, around the clock throughout the Antarctic summer. 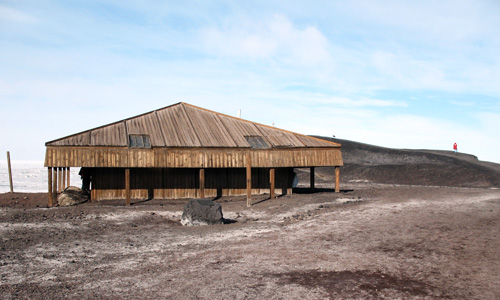 At the foot of the windswept hill sits Robert Scott's Discovery hut, the earliest of Ross Island's three historical heritage sites. This was Scott's base for his first attempt to reach the South Pole. Although he and his party members Ernest Shackleton and Edward Wilson didn't make it that far, they did set a new record (82 degrees latitude) for southernmost travel at the time. 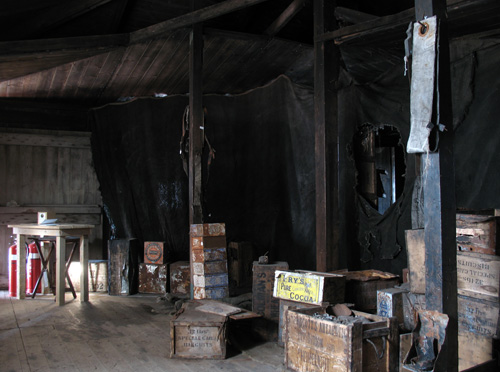 The Discovery ship's crew erected the prefabricated hut in February 1902. It wasn't entirely successful. Its Australian outback-style design was ill-suited to the elements and a lack of insulation kept most of the party living on the icebound ship just offshore. 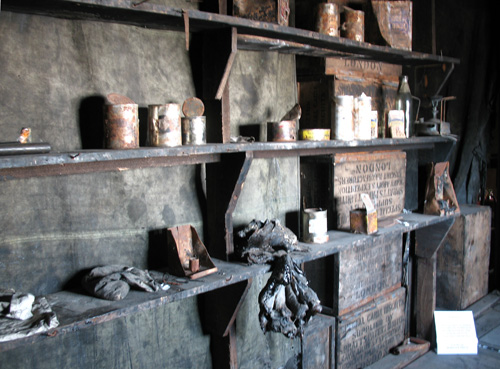 Still, it served as space for storage, social gatherings, and scientific work. It was home to early advances in the study of earth sciences (notably understanding the Southern Hemisphere's weather patterns), and of geology and zoology in the McMurdo Dry Valleys and the Cape Crozier Emperor Penguin colony. It was also from here that Scott's discoveries of King Edward VII Land and the Polar Plateau via the western mountains route were launched. 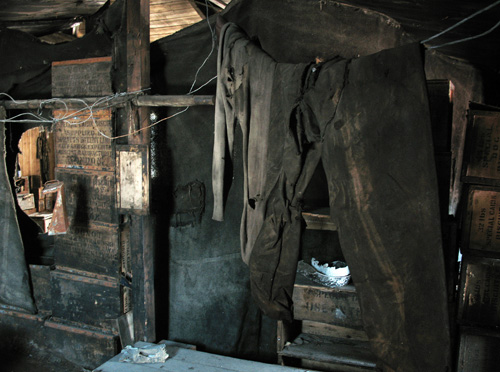 The hut and much of its contents are still coated with black greasy soot generated from seal blubber burnt for heat, light and food. Heating the space must have been an uphill battle; it feels colder inside than outside. 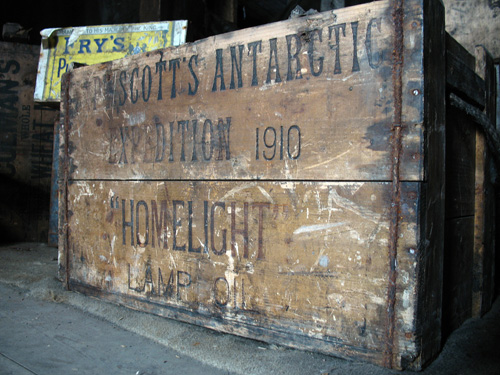 Both Scott and Shackleton re-used the hut on later expeditions as a staging post, rendezvous point, and safe refuge. The date on this crate, for example, reveals activity eight years later by Scott's Terra Nova Expedition based at Cape Evans. Items were swapped between huts up until 1917, after which they lay dormant and literally froze in time. Seal blubber hangs preserved on hooks, garments hang from clotheslines and artifacts still line the shelves, similar to (but sparser than) Shackleton's Nimrod hut that I visited a few days back. 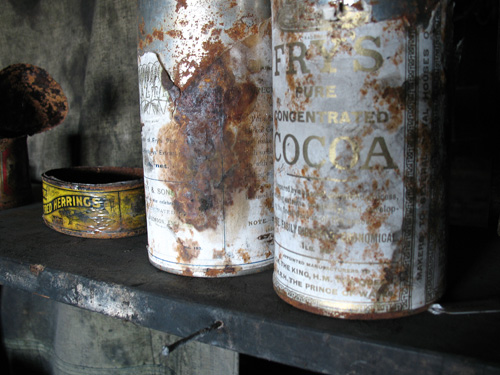 Like Shackleton's hut, Scott's Discovery hut is maintained by the Antarctic Heritage Trust as part of the Ross Sea Heritage Restoration Project. All four sites under the Trust's care are listed in the World Monuments Fund 2008 Watch List of the World's 100 Most Endangered Sites, and hold Antarctic Specially Protected Area status under the Antarctic Treaty System.