Today I visited the Amundsen-Scott South Pole Station, a U.S. research facility at the bottom of the Earth. I learned about the science that goes on there, saw how its waste management system works, collected objects to incorporate into my artwork, and met some great people in the process. 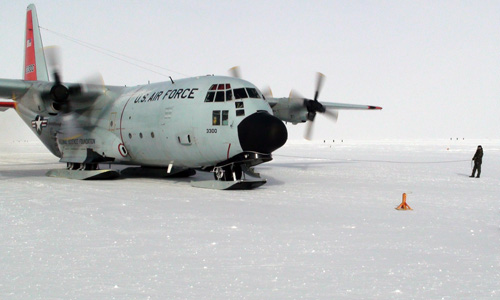 My day began with an early morning flight out of McMurdo. The flight to Pole takes about 3.5 hours on an LC-130 Hercules. These ski-equipped aircraft make several roundtrips a day to supply the station before the dark winter months set in. Above, our Herc on the Pole's skiway. 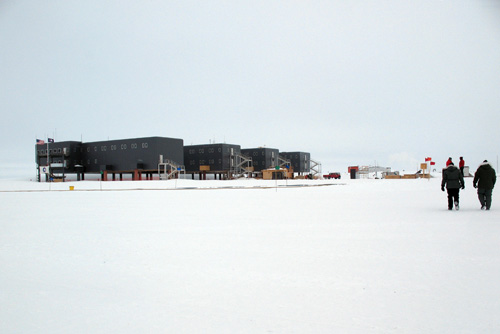 The walk from the airfield to the new elevated station building was frigid; the average summer temperature here is -28°C / -18°F, making McMurdo feel like a beach in comparison. The winters are rougher still, with Pole temperatures dipping to -73°C / -100°F. 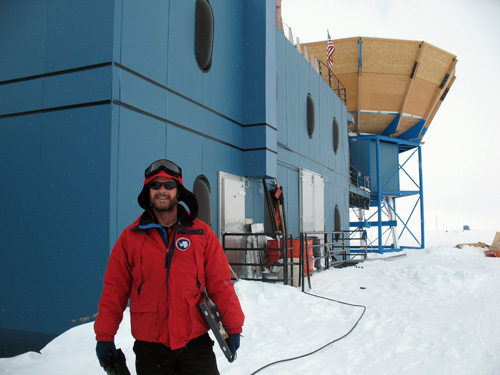 My tour guide was Paul Sullivan, the South Pole Science Support Manager. He explained the station's history and function as we shuttled between buildings in a Pisten Bully snow tractor. 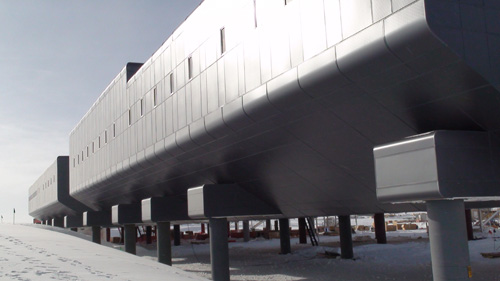 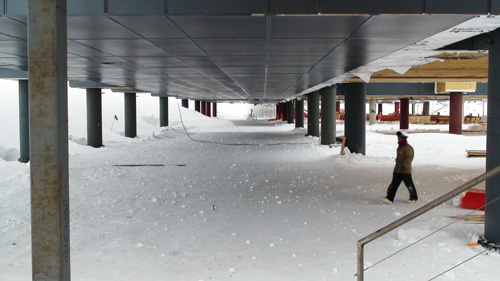 Snow accumulates at a rate of eight inches per year at the Pole, burying its structures with time. The original 1956 building is long gone, now under 30 feet of ice. The new building sits on 36 hydraulic jack columns and its sloped underbelly faces into the fast moving winds to help scour snow from under the structure. Yet one day, this will all be buried too. 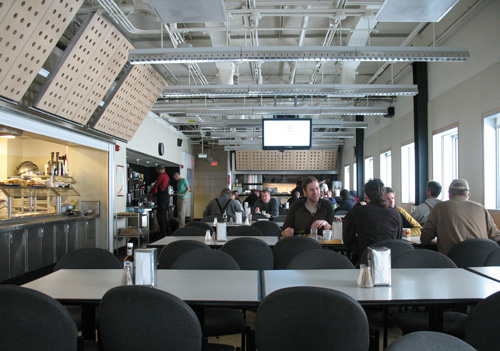 In the meantime, people are enjoying their new surroundings. The food, like McMurdo's, is quite good. Pole in fact makes extraordinary chocolate chip cookies. Perhaps they'd care to share their recipe with McMurdo's galley? 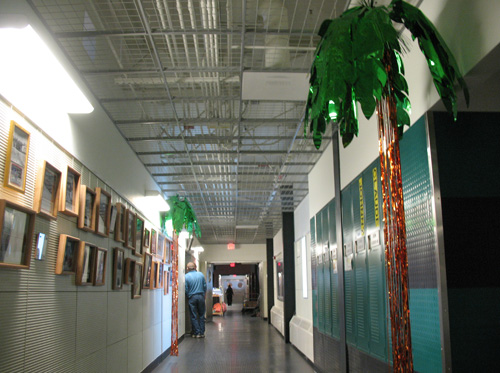 The building was designed by Ferraro Choi & Associates in -- ironically enough -- tropical Honolulu, Hawaii. Perhaps the palm trees lining the hall have something to do with that. 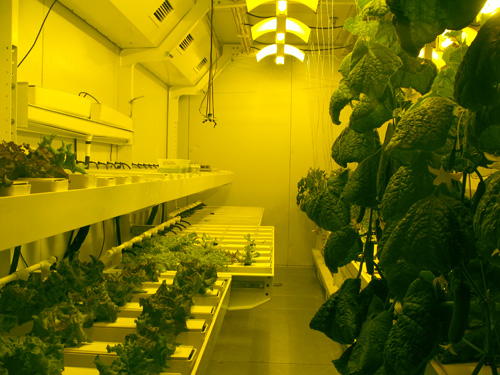 The real vegetation lies in the building's NASA plant-growth chamber. It provides winter-over residents with a variety of fresh fruit and vegetables grown hydroponically without soil, using only water and nutrients. 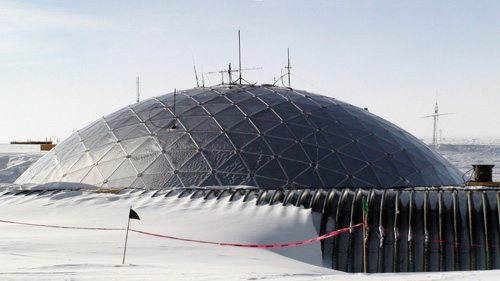 Back outside, the 50-meter diameter geodesic dome that served as the main station from 1975 through 2003 gets swallowed by snowdrifts each winter. Each summer bulldozers dig it out, carrying the snow nearly a mile away to minimize further build-up. But the losing battle is costly, so the iconic structure (now used only for storage) is scheduled for dismantling in the 2009-10 summer season. It may eventually be reconstructed in the U.S. according to the NSF. Next: Neutrinos, Spoolhenge, and more!