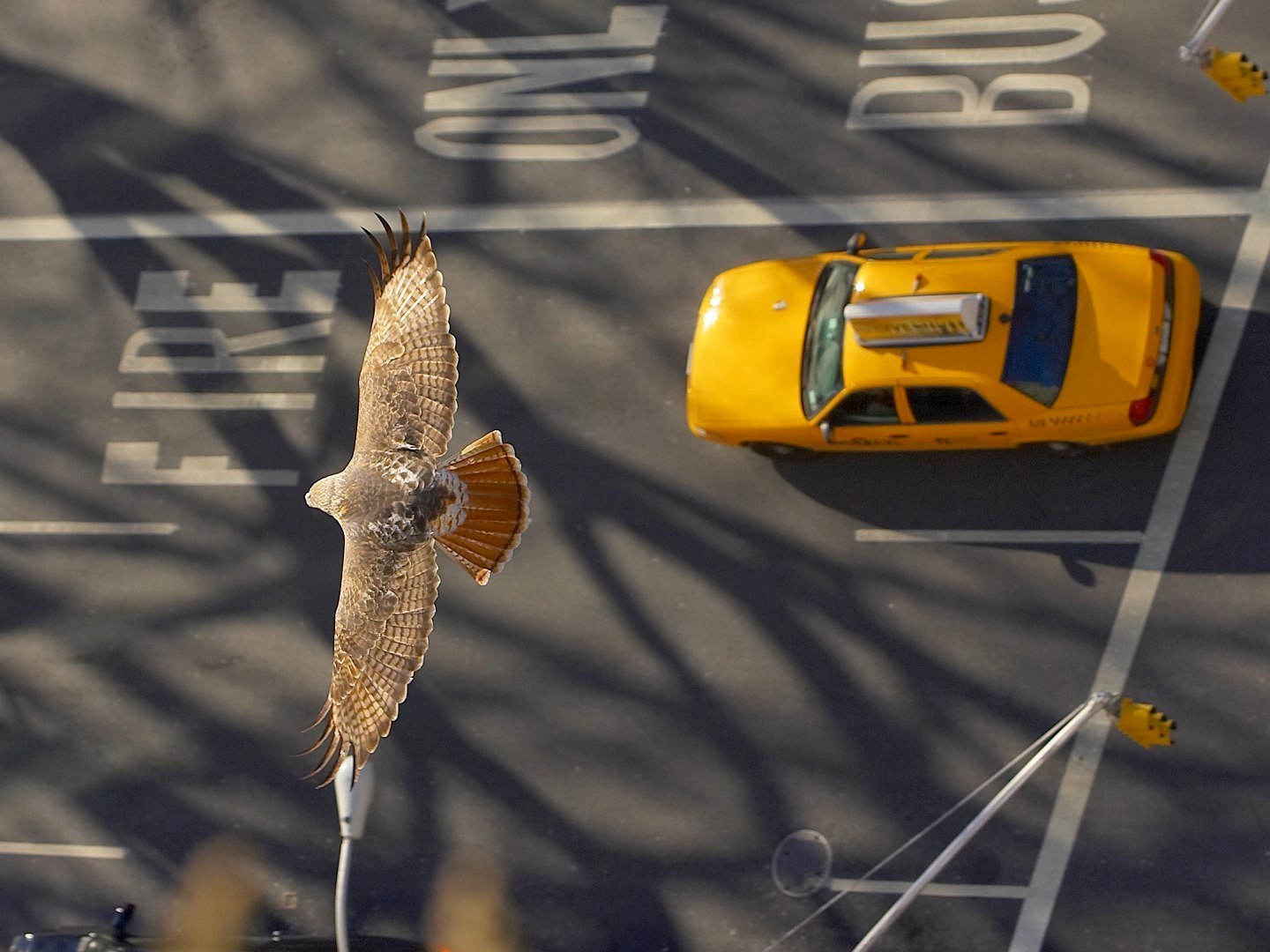 He isn’t a movie star or a Wall Street bigwig, yet he landed a penthouse in one of New York City’s most exclusive co-ops overlooking Central Park. Known as Pale Male, he’s a red-tailed hawk who first appeared in the early 1990s, enchanting locals and eventually gaining notoriety further afield, as well.

Two weeks ago, The Legend of Pale Male, a documentary about this famous hawk opened in the Bay Area. Belgian filmmaker, Frederic Lilien spent 16 years observing Pale Male and creating his film. In it, Lilien highlights how one, lone hawk has inspired both young and old to have a greater respect and appreciation for nature.

It is also a testament to the adaptability of wildlife in the face of increasingly shrinking habitats due to human encroachment. Pale Male is one of the first known hawks to nest on a building rather than a tree, and, with his offspring, he has created a hawk dynasty in a bustling metropolis.

Here in the Bay Area, red-tailed hawks are one of the most common raptors seen. One reason for this is the Marin Headlands represents a key site on the fall migration of birds of prey in the western US. The Golden Gate Raptor Observatory has been monitoring this migration for the past 25 years. According to their 2009 Pacific Raptor Report, there were 8,297 sightings of red-tailed hawks.

Closer to home, a pair of red-tailed hawks nested in a tree behind the California Academy of Sciences last spring. This is the second year the pair had used the nest. They had three chicks that used our roof as a taking-off point while they fledged. For several months, it was not uncommon to hear their calls piercing the air or see them resting on the hills on our roof.

Whichever coast you’re on, keep your eyes to the sky as these amazing raptors soar overhead.