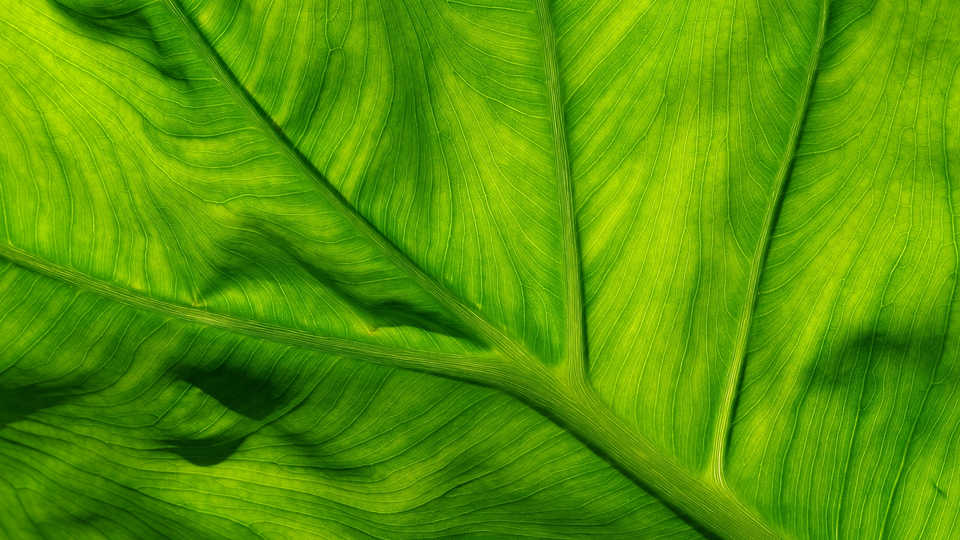 Super-nerds will know that Earth’s yellow sun gives Kal-El his super-powers. But real-life, non-alien creatures get non-super power from our local star as well. We just call them “plants.”

The secret lies in photosynthesis, the seemingly magical process by which plants, algae, and some microbes capture sunlight and turn it into usable energy. The chemical workhorse of this process is chlorophyll, which comes in two common forms: chlorophyll “a,” which absorbs energetic violet and orange light and reflects green light back into our eyes, causing leaves to look so verdant, and chlorophyll “b,” which absorbs blue light and ends up looking more yellow. We see the latter in shade plants, scavenging leftover sunlight from taller trees (for example) that hog the most energetic wavelengths high above.

Nature finds a niche whenever and wherever it can, so it came as no surprise when we found both kinds of chlorophyll bouncing around the symbiotic bacteria living on sea squirts, a filter feeder found all over the ocean. What did come as a surprise was finding a third kind of microbe full of the rare chlorophyll “d,” which absorbs red and near-infrared wavelengths. (For those keeping track, there is also a chlorophyll “c” found in red algae and cyanobacteria.) In visible light, color corresponds to energy, and the infrared that “d” solicits is the lowest of the low. When that’s all that makes it to the bottom of a sea squirt, you have to make do.

Evolution has done an incredible job adapting to available light sources. Three chemists, Jonathan Lindsey of North Carolina State University, David Bocian of UC Riverside, and Dewey Holten of Washington University in St. Louis, thought they could learn from nature and design their own chlorophyll that absorbed any wavelength of light they desired.

First, they had to solve the mystery of how chlorophyll works. By shifting some of the side groups of atoms around the central molecule’s ring, they discovered some surprising secrets. Alternating single- and double-bonds are what make chlorophyll so good at catching rays. Shifting formyl groups that include a carbon double-bonded to an oxygen changes the entire orbital structure of chlorophyll’s ring, adding and removing light absorption in ways that were difficult to predict without experimentation.

After charting the results, Lindsey, Bocian, and Holten set out to build some molecules of their own. They created a model allowing future researchers to predict the light any similar structure might capture. Said Holten, "If you give us a chemical structure of a chlorophyll-like or bacteriochlorophyll-like molecule, we can pop it into [the] model and tell you which colors of light it will absorb.” The findings are published here and here.

Pretty neat! The Man of Steel should take note. Of course, these molecules don’t automatically work when plugged into a living thing, but there may be other applications, including building organic solar cells or even increasing the efficiency of UV-blocking sunscreen, both of which use chemicals with similar overall structure. Which makes one wonder: does Superman lose his powers when he rubs on Coppertone? We may have to wait till the next exciting issue...

Join us for more color stories. The Academy’s Color of Life exhibit opens at the end of this week.