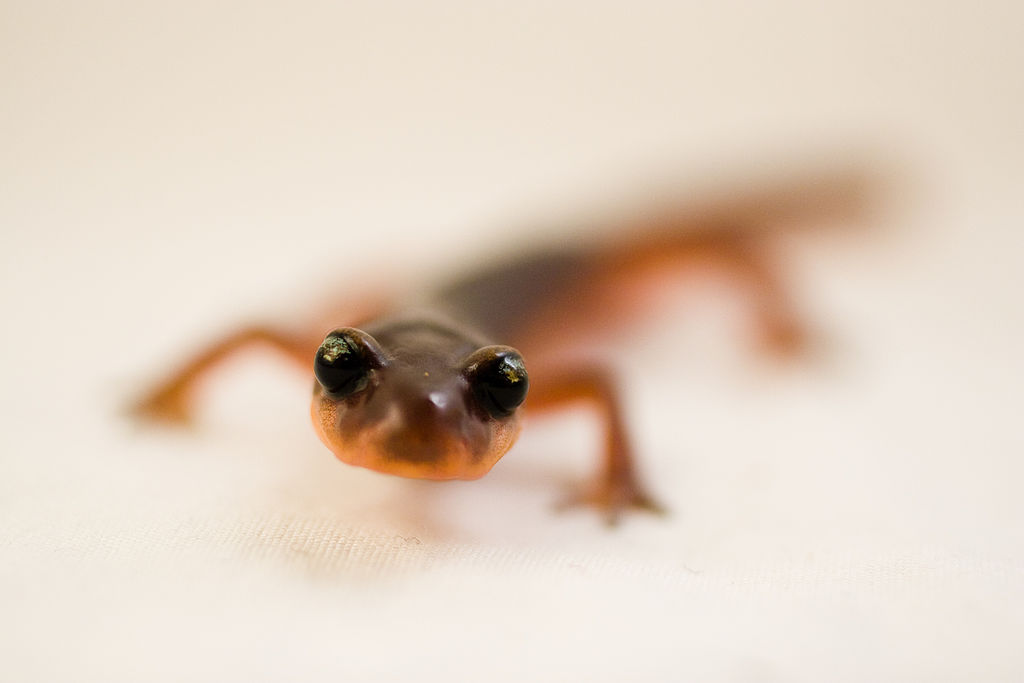 We’ve talked about the important role of large organisms in an ecosystem, and we’ve stressed the importance of smaller ones. Last week, a publication reminded us that we haven’t been doing enough to celebrate the Year of the Salamander, and how every organism plays a vital role in the network of life.

Researchers in moist northern California looked at woodland salamanders and their role in the forest. Woodland salamanders are abundant in North American forests, and the amphibians eat many of the insects and other invertebrates in the leaf litter on the forest floor. These invertebrates—including beetles, flies, springtails, ants, and worms—eat the leaves. As they do so, they release carbon into the atmosphere. The team wanted to investigate the role of salamanders in regulating the abundance of these critters and how that influenced leaf litter retention and carbon sequestration.

The scientists, from the U.S. Forest Service and Humboldt State University’s Department of Wildlife, both out of Arcata, set up field enclosures on the forest floor that invertebrates could move in and out of, but salamanders could not. They populated some of the enclosures with salamanders, and left some without. Over two rainy seasons, they found that woodland salamander predation on invertebrates suppressed some populations of invertebrates, with the overall result of increased litter retention and carbon capture in the soil.

Salamanders’ role as predator of these invertebrates plays an essential role in maintaining the health of the forest and mitigating global warming, says Hartwell Welsh, biologist at the U.S. Forest Service. “The renowned evolutionary biologist E.O. Wilson once said it is the little things that run the world,” he says. “While Wilson probably had in mind invertebrates, I think he would agree that our research on the influence of one of the primary predators on invertebrates, and their influence on the forest carbon cycle, is a good example of what he was talking about.”

So, with that in mind, enjoy the Year of the Salamander! A great reminder to celebrate the little things in life…