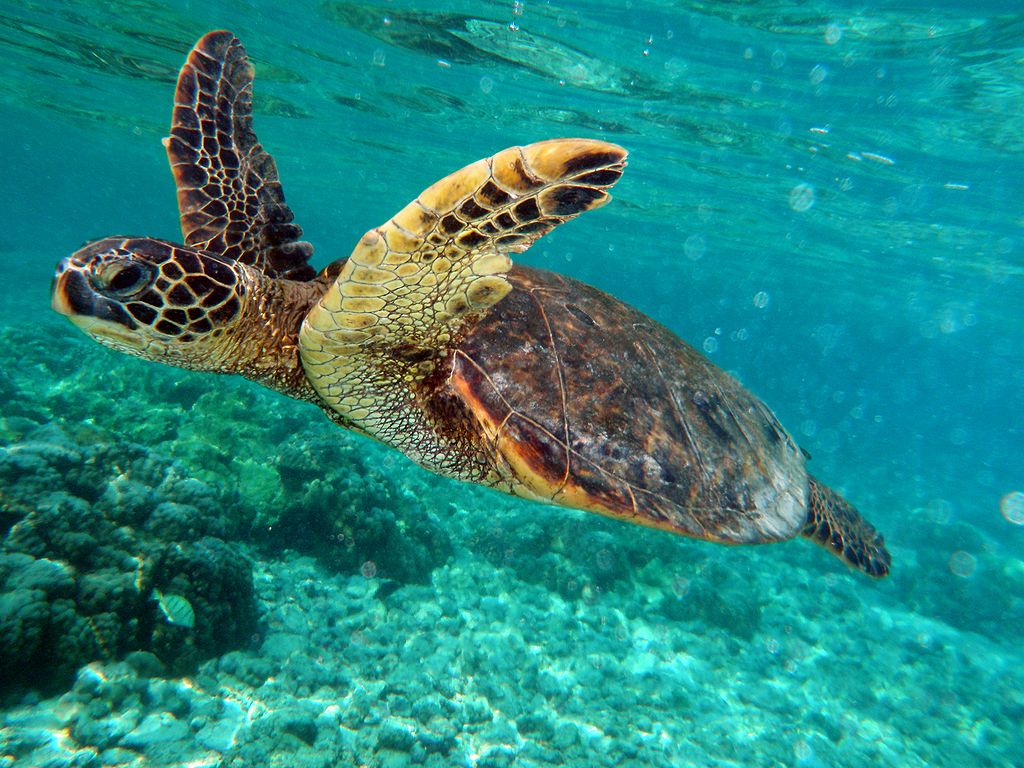 How do we protect migratory animals that travel thousands of kilometers in a single season? Conservation areas such as parks, reserves, and marine protected areas (MPAs) can provide safe havens along the way, but are limited in their reach.

On land, the idea of creating corridors—linking protected areas along a great stretch of land—is taking hold among conservation biologists. But how do we do this in the oceans?

Next week, Dannie Holzer will report on work Stanford researchers are doing to study and protect manta rays in the Pacific Ocean; today we’ll look at what Australian researchers have discovered about sea turtles in the Indian Ocean—how they move and how we may be able to protect them.

The scientists started at the Chagos Marine Protected Area, one of the largest protected marine parks in the world, covering 640,000 square kilometers (247,000 square miles) and renowned for its pristine coral reefs and schools of endangered species. Green turtles (Chelonia mydas) use many of the atolls in the MPA for nesting, but are known to travel thousands of kilometers for foraging. Graeme Hays of Deakin University and his team wondered how well the MPA protected these endangered reptiles.

So, they fitted several turtles with satellite tags and tracked their movements. The researchers found that seven out of eight of the tracked turtles swam more than 1,000 kilometers (620 miles) outside the protected zones. And the data revealed some extraordinary results, including an epic voyage of 3,979 kilometers (nearly 2,500 miles) by one turtle, the longest published migration of an adult ever recorded. Tracking also recorded two turtles swimming more than 3,800 kilometers (2,360 miles) westwards to the coast of Somalia on mainland Africa, while another headed 1,000 kilometers north to the Maldives.

“The Chagos Archipelago protected area certainly has huge conservation benefit,” Hays says. “In addition to protecting coral reefs and other important habitats and species, it will also protect turtles during key periods of their lives such as when they are nesting and when the eggs are incubating.”

The study is published this week in Conservation Biology.