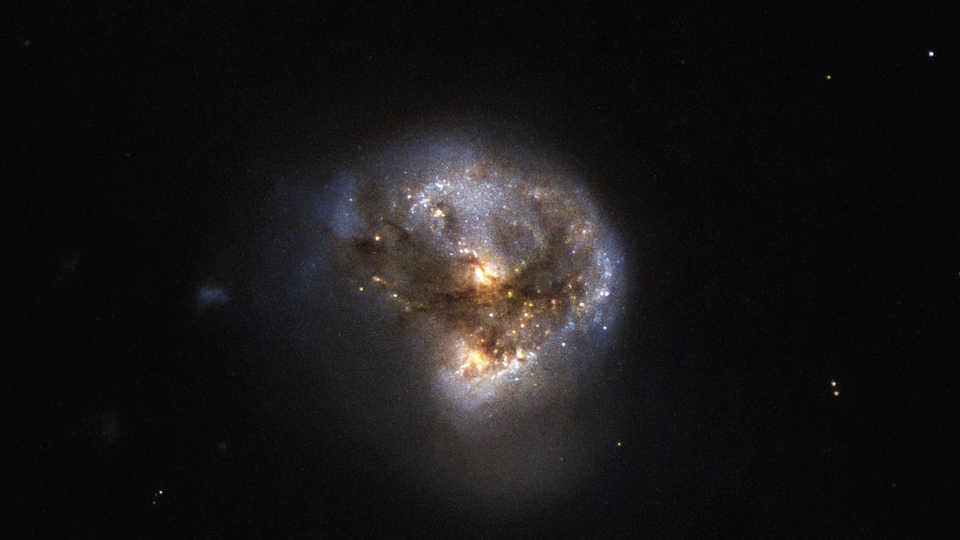 A Couple of Comets Grace the New Year Sky

Around Christmastime, the Universe sent a present to astronomers in the form of Comet 45P/Honda-Mrkos-Pajdusakova (just call it “45P”), an icy interloper that returns to the inner Solar System every 5.25 years. This small comet, measuring only about 0.9 kilometer (about half a mile) across, was discovered independently in 1948 by Japanese astronomer Minoru Honda and Antonin Mrkos and L’udmila Pajdusakova of Czechoslovakia (now recognized separately as the Czech Republic and Slovakia). It has an orbital period of 5.2 years, and is typically faint. Since its discovery, the comet’s best appearance was in 2011, when it reached a magnitude of 6.6—just beyond what you can see with your unaided eye, but visible in 10x50 binoculars to experienced observers.

The comet is currently located in Capricornus the Sea-Goat, low in the southwest just after sunset, and has been observed through 10x50 binoculars from dark locations. It is expected to reach maximum brightness in mid-to-late February, when it passes into the stars of Hercules, which will place it high in the predawn sky. At its closest approach to Earth on February 11, it will zip nine degrees against the background of stars from night to night (almost the width of your fist held at arm’s length) and should be brightest at that time, though exactly how bright is uncertain. However, since it has not reached naked-eye brightness in any of its past recorded appearances, it’s not likely to this time either, so keep the telescope handy.

Another challenging comet to keep an eye on is C/2016 U1 NEOWISE, which should reach maximum brightness by mid-January. Discovered in October by the Wide-field Infrared Survey Explorer (WISE) satellite during of its extended mission (dubbed NEOWISE), this comet may be making its first trip through the inner Solar System. At its brightest, it might be visible before dawn through binoculars around perihelion on January 13, passing through Ophiuchus the Serpent-Bearer into Sagittarius. Some brightness forecasts suggest that it may be barely bright enough to be seen from dark locations without optical aid.

Although neither object can be considered a “great comet” that’s easily visible to the naked eye, both are fairly typical of the dozen or so comets that appear in the skies every year. The overwhelming majority of comets are too faint to be seen without a telescope, but they can be unpredictable, and you never know what a comet may do next. As comet-hunter David Levy said in 1996, “Comets are like cats; they have tails, and they do precisely what they want.” –Bing Quock

If you’ve ever watched Star Trek, you’ve heard of a phaser. And closer to home, you may know about the many real-world applications of a laser (from CD players to eye surgery). But have you ever heard of a maser? Or even more impressively, a megamaser?

Yeah, it sounds like a bad 1980s sci fi flick, but it’s for real! But first, a little background…

The term “laser” started out as an acronym for “light amplification by stimulated emission of radiation” but, like “kleenex” and “jello,” the term took on a life of its own. (As you might guess, “maser” is a variation on the acronym, where the “m” stands for “microwave,” a wavelength of light longer than human eyes can detect. The origin of “phaser,” on the other hand, is purely fanciful.) And stimulated emission may sound titillating, but the phrase has a very specific meaning to physicists. Indeed, Einstein predicted the effect in 1916! Basically, bathing an atom (or in the case of a maser, a molecule) in light of a specific wavelength can “stimulate” it to release light of precisely the same wavelength; moreover, that light travels in the same direction in lock step with (possessing the same phase and polarization as) the original beam of light.

This is a great recipe for creating a bright radiation source! (Thus the “a” for “amplification” in the acronyms…) We have observed masers emitted by everything from comets and moons to star-forming regions and nearby galaxies. Astronomers talk about water masers, hydroxyl masers—even formaldehyde masers—depending on what molecule is being stimulated. About 100 million times brighter than mere masers, megamasers can be spotted at much greater distances.

This past week, the Hubble Space Telescope team quietly released an image of megamaser-hosting galaxy IRAS 16399-0937. Located more than 370 million light years away, the galaxy is a little camera shy. But Hubble’s sharp eye allowed astronomers to determine that it has a double nucleus—probably the cores of two galaxies merging in a process astronomers like to call galactic cannibalism. The two components lie 11,000 light-years apart, buried in the tumultuous swirl of gas and dust created by the two colliding galaxies.

One nucleus (IRAS 16399S) appears to host new stars forming at a prodigious rate, whereas the other (IRAS 16399N) is home to a black hole about 100 million times as massive as the Sun! Which one is emitting the megamaser radiation? We don’t know for sure (although that supermassive black hole in IRAS 16399N seems suspicious), but the Hubble observations could help us tease out the answer. In the meantime, we’ll be continually blasted—don’t worry, at 370 million light years’ distance, we’re safe—by the galaxy’s megamaser! Luckily, there’s no evidence that distant galaxies have yet developed photon torpedos. –Ryan Wyatt

We Know So Little, But That’s the Fun

“We have peered into a new world and have seen that it is more mysterious and more complex than we had imagined. Still more mysteries of the Universe remain hidden. Their discovery awaits the adventurous scientists of the future. I like it this way.” –Vera Rubin, quoted from her book Bright Galaxies, Dark Matters

Vera Rubin, the American astrophysicist who confirmed dark matter and broke down barriers for women scientists, died this week. She was 88.

Rubin graduated from Vasser College in 1948, the only astronomer in the class. She wanted to continue her studies at Princeton, but the graduate program did not admit women—until 1975, in fact—and she went on to get her master’s degree from Cornell and her doctorate from Georgetown. In 1965 she joined the Carnegie Institution, where her interest in how stars orbit their galactic centers led her and colleague Kent Ford to study the Andromeda galaxy (M31), a nearby spiral.

The two scientists wanted to determine the distribution of mass in M31 by looking at the orbital speeds of stars and gas at varying distances from the galactic center. They expected the speeds to conform to Newtonian gravitational theory, whereby an object farther from its central mass orbits slower than those closer in. To their surprise, the scientists found that stars far from the center traveled as fast as those near the center.

After observing dozens more galaxies by the 1970s, Rubin and colleagues found that something other than the visible mass was responsible for the stars’ motions. Each spiral galaxy is embedded in a “halo” of dark matter—material that does not emit light (indeed, doesn’t even interact with light) and extends beyond the optical galaxy. They found it contains five to ten times as much mass as the luminous galaxy. As a result of Rubin’s groundbreaking work, it has become apparent that more than 90 percent of the Universe is composed of this invisible material. The first inkling that dark matter existed came in 1933 when Fritz Zwicky of Caltech proposed it—but Rubin’s work confirmed his hypothesis. And her observation confirmation led to a host of new questions—just the sort of fun that Rubin described in the quote that inspired the title for this section (taken from a beautifully-written obituary in The New York Times.)

Beyond her studies and numerous awards, Rubin pushed for women in science, raised four kids who all went on to earn PhDs, and was able to resolve science and religion for herself. (What was she—a superhero?)

“Vera was a member of my ‘hero pantheon,’” wrote Jill Tarter, Bernard Oliver Chair at the SETI Institute and Academy Fellow. “She pushed through the substantial barriers she encountered without drama—to her, the science was the important element. She raised a daughter to excel in astronomy, and she always took the time to reach down to those of us who were following behind; find a way to move your scientific passion forward and build a full life with family and friends, as well as your most beloved science colleagues.” –Molly Michelson 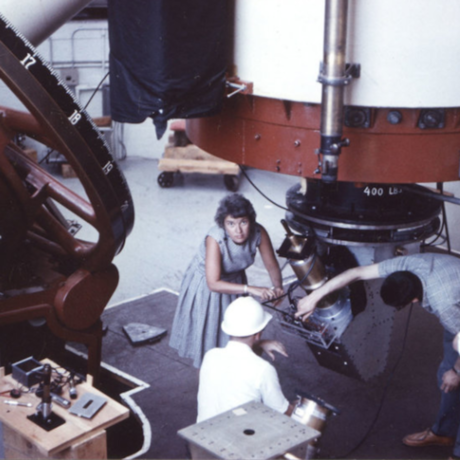 Vera Rubin at the Lowell Observatory in 1965, Carnegie Institution