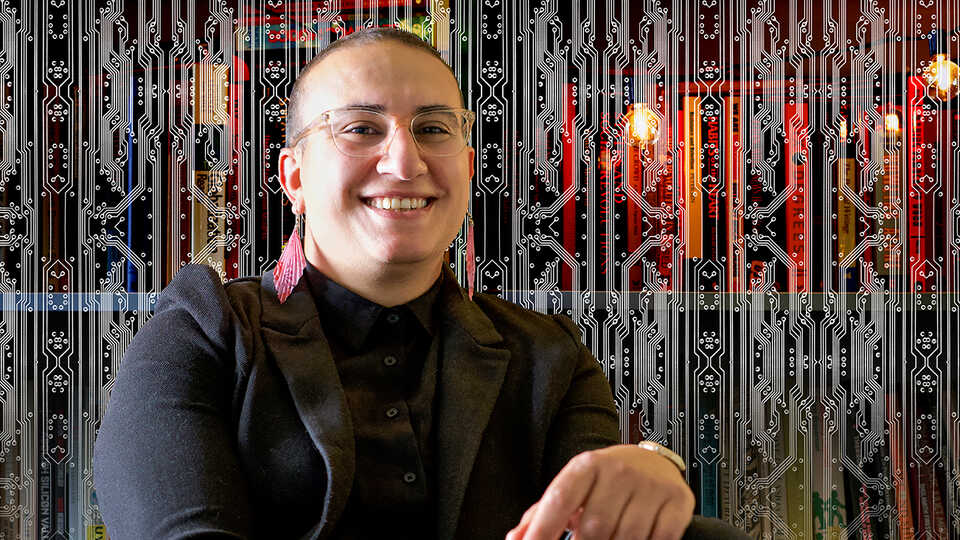 I’ve been a computer nerd for as long as I can remember, and I’ve known that I wanted to do something with computers since those early days. I spent my pre-teen years looking through Best Buy catalogs and reading up on the specs of commercial computers. My immigrant parents allowed me to take apart my first computer when I was in middle school; I stayed up until the wee hours of the morning trying to install new hard drives and memory on a computer that was nothing but a metal frame and the hum of a power supply by the end. I carried that computer—now powered by Linux—to my first dorm room at Purdue University, where I majored in computer science and math. I learned how to program in Java and C. I learned about recursive algorithms, data structures, and assembly languages for different computer architectures.

The same year I started at university, however, the U.S. and its paltry set of allies descended into war in Iraq and Afghanistan under the false premises that the vicious leaders of these countries possessed weapons of mass destruction. I went to my first mass rally months after I began, taking a bus from Indiana to Washington D.C. to protest the new hostilities in the Middle East, the erstwhile home of my blood family. I continued to be politicized by labor struggles abroad and at home. An eager but determined undergraduate, I tried to organize my computer science colleagues into political action, mostly to no avail. I realized that I had a lot more interest in people and the social aspects of technology, rather than the technology itself. So I also majored in sociology.

When I started my PhD program in sociology at University of Wisconsin, I collected data on an Egyptian social movement and used machine learning to understand patterns of mobilization. I went to Egypt during the early days of the revolution and stayed there for a summer to understand how activists and organizers used social media. And I continued my labor activism through my graduate employee union.

After I came out as a trans woman in graduate school, I began asking new questions about the connection of people and technology. Namely, I started wondering about the connection of queer people and data. Queer people resist fitting neatly in boxes; when it comes to data, failing to fit in can have consequences that are awkward at times, and dangerous at others. So in my work on data and AI, I’ve wondered and asked about where the data that machine learning uses—like pictures, text, and video—comes from. Who’s making it, where’s it being collected from, and who’s laboring on it? And, most importantly, are those tools being used to benefit people who don’t fit into pre-made boxes?

Explore New Science anywhere through our virtual Google Arts & Culture exhibit, or see our new, in-person exhibit on your next Academy visit.

To learn more about the partners that helped make New Science possible, visit: