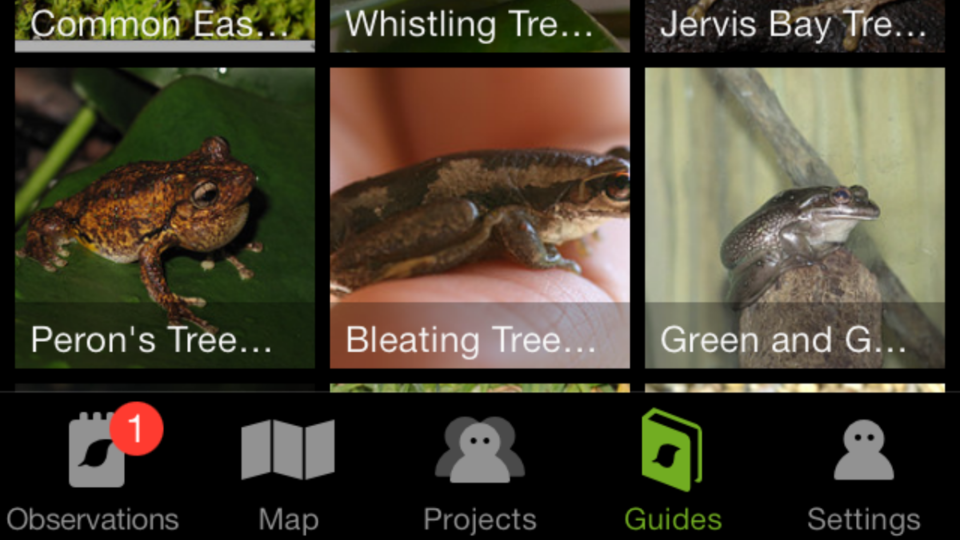 iNaturalist.org is a social network and mobile application for sharing biodiversity observations, with a mission to connect people to nature through technology. Since its launch in 2008, the app has been accessed by more than 1.4 million visitors around the world, with a new observation recorded every 45 seconds. These observations, which include over 600,000 natural history sightings representing over 50,000 distinct species to date, are verified and referenced by researchers from around the world.

"We are thrilled to embark on this new chapter with iNaturalist, a platform we believe perfectly complements the Academy's mission to explore, explain, and sustain life," says Meg Lowman, PhD, Chief of Science and Sustainability at the California Academy of Sciences. "Together, we are uniquely positioned to engage the public in citizen science through accessible research with real sustainability outcomes, whether out in the field or in K-12 classrooms around the world."

While this acquisition marks a new chapter in the Academy's relationship with iNaturalist, the two organizations already have a strong track record of working together to achieve common goals. The Academy has utilized the iNaturalist platform in its citizen science initiatives since 2011, and iNaturalist co-directors Scott Loarie and Ken-ichi Ueda have used the Academy facility as a home base for over a year.

Over the past few years, Academy educators and scientists, as well as youth involved in the museum's education programs, have leveraged the iNaturalist platform to survey biodiversity in several local communities, including the Pillar Point intertidal zones, Mt. Tamalpais watershed, Crissy Field, and Golden Gate Park. Through this acquisition, the Academy plans to expand the reach of its citizen science efforts by integrating this platform into ongoing research activities, developing scientific visualizations to inspire public engagement, and allowing members of this online community to contribute to the scientific process in meaningful and measurable ways.

"iNaturalist is on its way towards building a global community of millions of naturalist explorers," says Scott Loarie, PhD, co-director of iNaturalist. "Through a world-class science institution like the Academy, we can ensure that the efforts of these naturalists genuinely make a difference—not only in understanding the diversity of life but also towards sustaining it through the unfolding extinction crisis."

In addition to its role in Academy research and education initiatives, iNaturalist is currently used by many other research and conservation organizations, including the International Union for Conservation of Nature (IUCN) and National Oceanic and Atmospheric Administration (NOAA), to document biodiversity through ongoing data collection projects. It enables users around the world to contribute research-quality data to both the Global Biodiversity Information Facility and the Encyclopedia of Life. Leveraging the Academy's role as both a world-class scientific research institution and leader in environmental education, the museum plans to foster growth of the iNaturalist platform and social network and broaden its scope of use by students and educators across the globe.